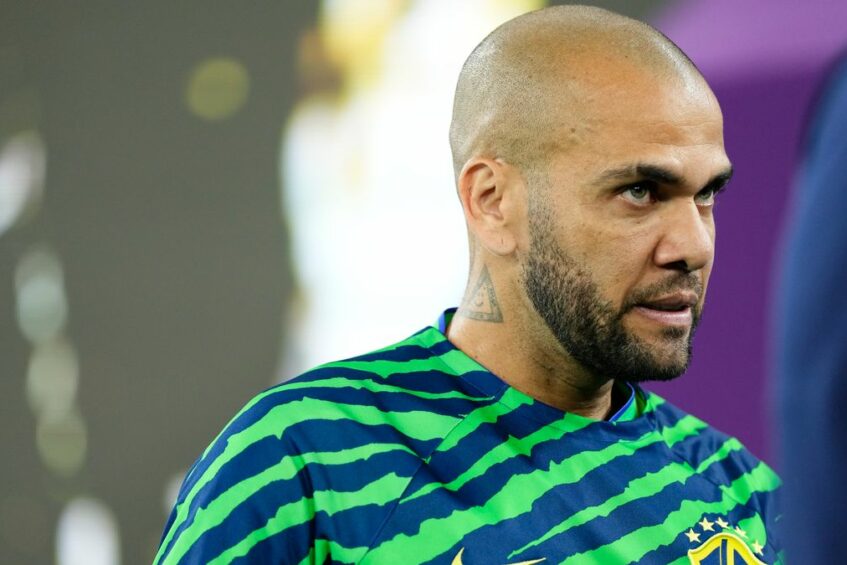 Brazilian icon Dani Alves has been arrested by police in Barcelona. (Getty Images).

Brazil international Dani Alves was arrested by police in Barcelona on Friday morning for an alleged sexual assault on a woman in a nightclub last month.

A spokesperson on behalf of Alves has already told the Miror that he ‘vehemently denies” the allegation.

Alves was arrested at the Mossos d’Esquadra de Les Corts police station in Barcelona on Friday at 10am local time.

As per Spanish radio station Cadena Ser, the footballer was taken to the Ciutat de la Justicia in Barcelona, where he will go to court and the judge will decide on his provisional situation while the case is being investigated.