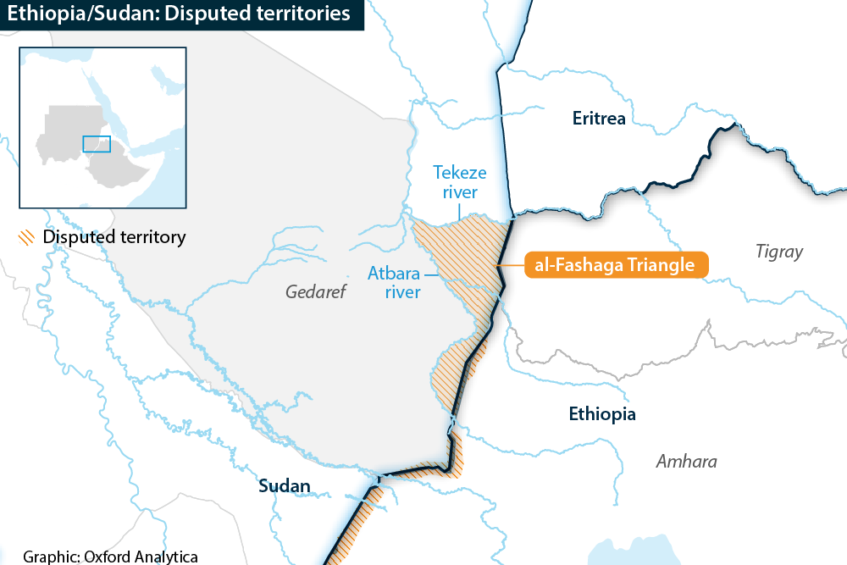 Ethiopia has indicated its willingness to allow South Sudan to mediate over the border issue with Sudan.

South Sudan is expected to organize meetings between Ethiopia and Sudan to resolve their existing tensions.

Since mid-December, the Sudanese-Ethiopian border has been witnessing insecurity and clashes between the two sides.

Sudan accuses Ethiopian farmers supported by Ethiopian forces of seizing land in the Sudanese “Al-Fashaqa” area at the border.

Ethiopia on other hand accuses Sudan of continued expansion into its territories.

It added that the decision by Ethiopia to fill its reservoir next July without an agreement with the downstream countries is contrary to international law.

In January 2021, President Salva Kiir offered to mediate between Sudan and Ethiopia to solve their disputes.

The Ethiopian Ambassador to in Juba told the Ministry of Foreign Affairs on Tuesday that his government welcomed the offer by President Kiir. Amb.

“I really appreciate the imitative taken by His Excellency President Salva Kiir, our government stand for promoting peace solution amicably. Our government is ready to that in regard to South Sudan willingness to mediate.”

Sudan recently asked the UN to withdraw and replace Ethiopian peacekeepers in Abyei region with another force from a different country.

It maintained that it is not conceivable to accept Ethiopian forces deployed in the strategic depth of Sudan while the Ethiopian troops are massing on the eastern borders of Sudan.

“As a country, we are grateful that the two countries have accepted the mediation and the core objective is for us to have stability in the region,” Dau told Eye Radio on Wednesday.

Trilateral negotiation between Ethiopia, Egypt and Sudan have previously failed to bear results over the multi-billion-dollar dam project.

South Sudan has yet to claim its right over the use of Nile water, saying it is preoccupied with implementing the revitalized peace agreement.