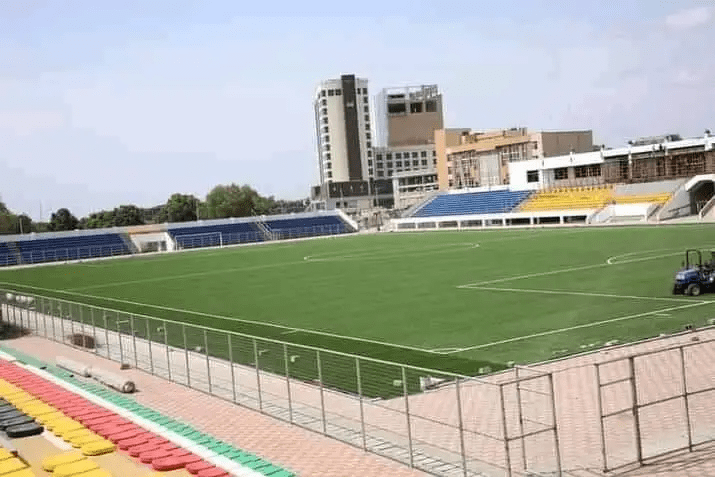 The Federation of International Football Association (FIFA) has approved and certified the installation of a turf system at the Juba national stadium.

The approval in December last year followed the installation and testing of the football turf system by FIFA.

This was to establish whether the playground met the world’s football standards.

However, a certificate seen by Eye Radio indicates that,  the installation was completed and tested, meeting FIFA’s standards.

This means the playground can now be used for tournaments. 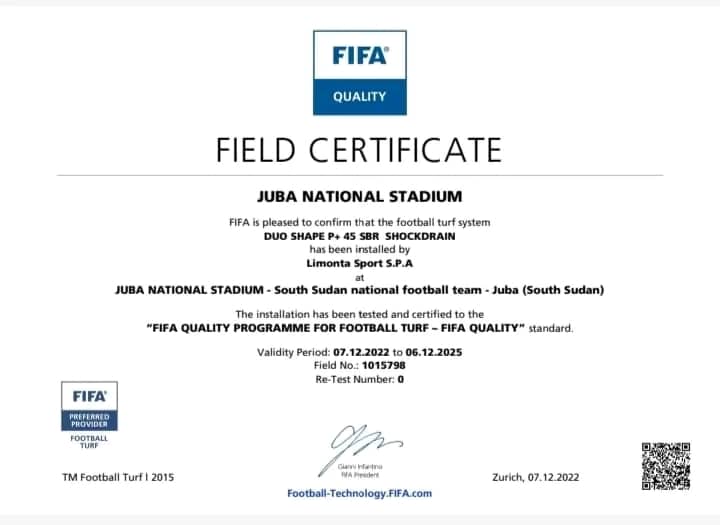