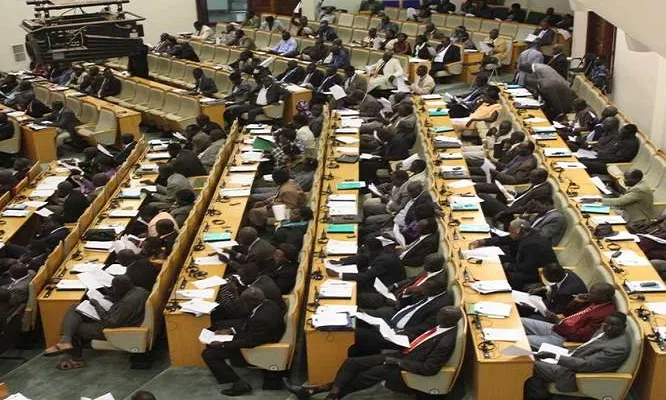 FILE PHOTO: Members of the transitional national legislature during a sitting in Juba. | Photo: Courtesy.

Members of the national parliament on Tuesday complained that the state-owned broadcaster – South Sudan Broadcasting Corporation doesn’t give live coverages and sometimes ignores their sittings.

The concerns were raised during a presentation of the peace roadmap bill to allow the interim constitution to legitimize the two-year extension of the timeline of the unity government.

Several lawmakers questioned why such ‘important’ bill was not streamed live on the national television.

“Whenever we come to parliament for a session, usually the South Sudan Broadcast Corporation does not broadcast our sessions,” said Michael Ruot, an SPLM-nominated MP representing Jonglei State.

Ruot also accused SSBC of recording only the assembly’s spokesperson – and leaving them out.

“In all sessions, SSBC does not broadcast the deliberations of the members, only at the end of the sessions. Sometimes in the news bulletin, it broadcasts only the head of John Agany, the chairperson of information committee, without broadcasting the voices of the rest of the members,” said the MP.

While speaking during the presentation of the peace roadmap bill, lawmaker Nyanachek Nhial demanded that the August House provides a budget for the public media to cover the sessions live.

“Madam Speaker, the speech of parliamentarians must be broadcasted live so that the citizens know that the budget has been approved,” said Nyanachek.

“People go and ask what has been discussed in the budget. We don’t know, and how will the citizen hear or know about it without broadcasting it on TV.”

For his part, Rebecca Joshua, the Chief of the Majority in Parliament, said the national TV has plenty of airtime and suggested that the television slots in deliberations of the parliament.

“We understand that they have a problem of machines and that I know very well, but still after the news slot, it is possible they can take 10 to 15 minutes they can use for reflecting the sittings and proceedings,” said Hon. Rebecca.

“They could give three, four or five interventions or debates from the members and that’s possible. I am saying that because there’s a planting of airtime on SSBC.”

She added: “We need to be given time so that we reflect on what we are doing there. It is very important that our people must know outside what is happening.”

“It’s an administrative arrangement between the clerk and managing director, so clerk has to initiate and prepare a budget for the parliament broadcast or parliament sitting to be covered live,” said Chilim.

“You have parliamentary cameras that are made for covering sittings, and all that production will be done then SSBC air it. Parliament can also hire their own team and then cover it and SSBC can air it.”

According to Magok, another challenge is the ongoing renovation of the parliament – which has destroyed all the cameras and equipment.

“We had a system that used to be for live broadcasts picked in the main building, that system has been destroyed during the renovation of the old parliament building, so we have no system there,” he said.

Answering the concerns of MPs, Speaker Jemma Nunu Kumba acknowledged the challenges facing the national television, adding that she will coordinate and address the matter.

The SSBC was established as a non-profit public service broadcasting organisation, accountable to the public through the parliament – according to the Public Service Bill 2009.

The broadcaster is mandated to provide a wide range of programming that informs, enlightens and entertains, and that serves all the people of Southern Sudan, taking into account ethnic, cultural and religious diversity.