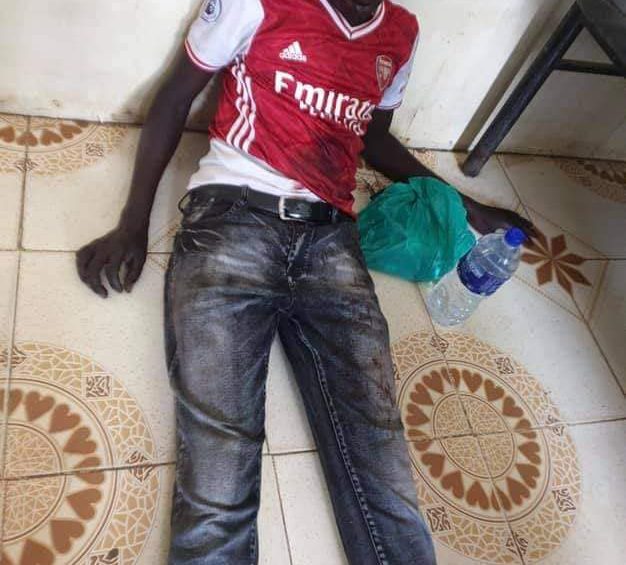 Some bodyguards of Vice President Dr. James Wani have been accused of harassing and beating up a driver in the Sherikat suburb of Juba on Saturday.

The soldiers reportedly claimed Diing Deng who was driving a Toyota Noah vehicle, stood on the road when the vice president’s motorcade was passing.

The angry bodyguards then reportedly swarmed on him.

Eyewitnesses say the bodyguards severely beat up the driver, took the car key, and left him in a subconscious state.

The vice president for Economic Cluster was traveling to his hometown.

The incident was confirmed to Eye Radio, by Deng’s elder brother.

Jacob Diing Deng says, his brother is now receiving treatment at a local clinic in the area.

“The incident happened while he was on his way coming from Bor to Juba, he got involved in the incident at Sherikat while the convoy was coming from Juba,” Jacob Deng said.

“I got him in the hospital, the injuries on his face are now okay.”

The Office of the Vice President for Economics Cluster has confirmed the accident.

But in a statement, Wani Igga’s Press Secretary says refuted allegations that the driver was assaulted.

Michael Allajabu claimed that the driver entered in the middle of the convoy to avoid arrest by traffic personnel while escaping traffic inspection.

He alleged that when the protection guard tried to arrest him, instead, he decided to park the vehicle blocking the motorcade.

Allajabu claimed Mr. Deng resisted arrest and fell in the process knocking his face against a motorcycle parked by the roadside.

However, Jacob- Deng’s brother told Eye Radio that after the incident, they spoke to the vice president who promised to visit family and follow up the case.