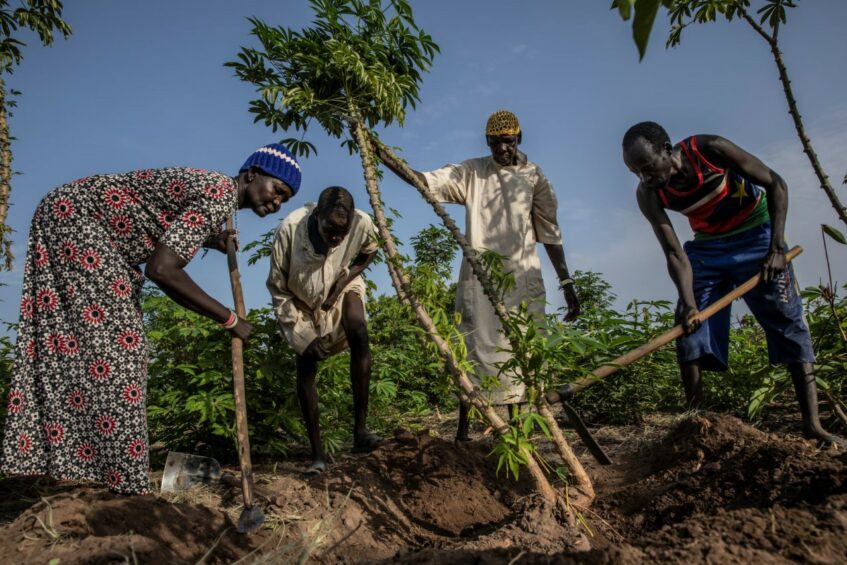 Three United Nations agencies – WFP, FAO and UNICEF are calling for coordinated efforts to address the root causes of food insecurity and malnutrition in South Sudan.

But the UN says, with continuing sub-national conflict that is forcing people to flee their homes and disrupting livelihoods, the country finds itself in a recurring food crisis.

She adds: “On this World Food Day, I call on all stakeholders to create conditions for peace and stability that will enable the country and its population to prosper, to increase food production, to curb the level of hunger that is spiraling out of control, and to build resilience to climatic shocks.”

According to the UN, food insecurity in the country is alarming as hunger hit unprecedented levels this year with almost 65% of the population, severely food insecure.

Nearly 3 million of the food insecure are said to be on verge of starvation and another 87,000 people are in famine-like conditions.

“FAO is supporting the formation of farming cooperatives and facilitating access to markets. Growth in the agricultural sector provides sustainable livelihoods, positively contributes to the national economy and helps reduce over-dependence on imported foods,” added Malo.

On the 16th of October, South Sudan joined the rest of the world to commemorate World Food Day under the theme Leave No One Behind.

The day is commemorated to increase public awareness of long-term global food challenges and to develop further national and international solidarity in the struggle against hunger, malnutrition and poverty.