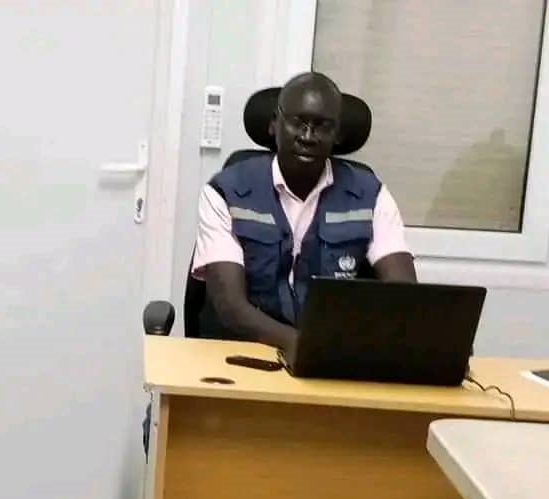 The United States Embassy in South Sudan has condemned Monday’s killing of an aid worker in Bentiu town of Unity state.

According to media reports, Dr. Daniel Deng Gatluak, 53, was shot dead in the morning of September 19 at Bieh camp in the state capital, Bentiu.

Dr. Daniel was working with the World Health Organization, as a paramedic and the Field Supervisor in Unity State.

The state and local authorities could not be reached for comment on possible arrests or establishing identities of the killers.

In a statement seen by Eye Radio on Tuesday evening, U.S Embassy in Juba condemned the killing and called on the government of South Sudan to create a safer environment for aid and humanitarian workers, and to bring to justice perpetrators of violence.

The statement urged for more efforts to protect the workers who deliver valuable and life-saving services to help the South Sudanese people, including the most vulnerable people in the country.

Nearly 150 aid workers, mostly South Sudanese, have so far lost their lives while providing humanitarian assistance to people since the conflict broke out in 2013.

The killings, assaults, and harassment have received significant condemnations from both the international community and local authorities.

So far, almost all the perpetrators have not been held accountable.