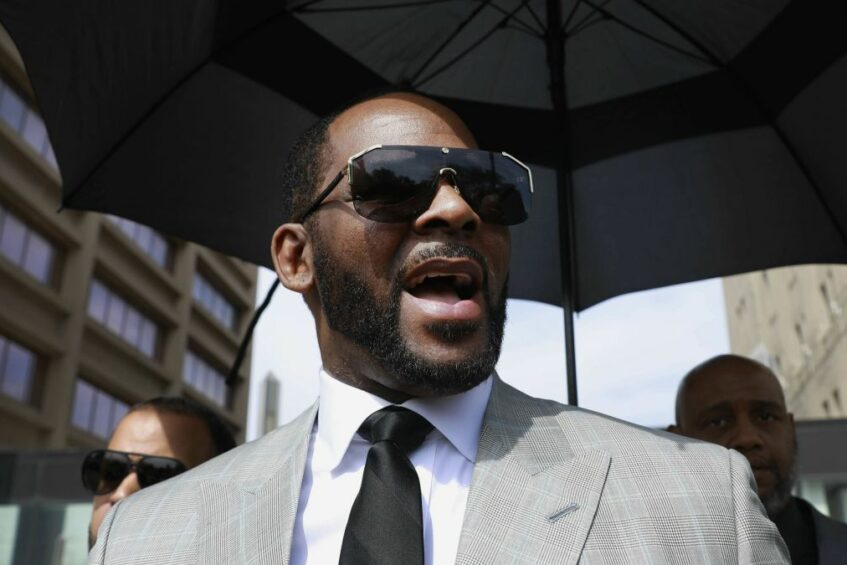 Disgraced R&B Singer R. Kelly, who is serving 30 years jail term for sex crimes, was again convicted of multiple child pornography charges on Wednesday at a Chicago federal trial, and acquitted on others.

Kelly was convicted on three of four counts of production of child pornography and three of five counts of enticement of a minor to engage in criminal sexual activity.

Jennifer Bonjean, Kelly’s attorney, said her client had a “sense of relief” that this case is now behind him, and felt that prosecutors had overblown their case against him. Bonjean said she is considering filing an appeal.

“If this jury concluded that he was guilty on the first three counts, would they care enough to consider the evidence on the rest? And they demonstrated that they did. They did their job. They looked at each count separately,” Bonjean said outside court following the verdict.

Jurors deliberated for about 10 hours after listening to three weeks-worth of testimony, including from one woman who testified anonymously that Kelly sexually abused her and recorded the interactions when she was as young as 14.

The woman was one of five minors who prosecutors allege Kelly sexually abused in the late 1990s by making explicit videos with four of them.

Kelly’s co-defendants, Derrel McDavid and Milton Brown, were acquitted of all charges they faced.

Brown, Kelly’s former assistant, was charged with conspiracy to receive child pornography. Both pleaded not guilty.

Vadim Glozman and Beau Brindley, attorneys for McDavid, praised the verdict in a statement to CNN.

“The jury found what we knew all along. The government brought a case that should have never been brought. It was based on the word of proven liars,” the attorneys said. “We exposed them in front of the jury and the jury made the right decision.”

One of the witnesses in the trial, a 37-year-old woman, spoke in federal court under the pseudonym Jane and testified Kelly began engaging in sex acts with her when she was 14 and had sexual intercourse with her starting when she was 15. They had sex “hundreds” of times before she turned 18, she said.

Jane testified she met Kelly through her aunt, Sparkle, who worked with R. Kelly and had a romantic relationship with him. Jane was 12 or 13 when she met the singer.

At the time Jane traveled the world with a Christian hip-hop group whose members were cousins of hers. Prosecutors asked her not to name the group in order to protect her identity.

Jane testified she was 13 when Sparkle suggested Jane should ask Kelly to play a bigger role in her life.

Jane testified that Kelly became her godfather, at which point her parents felt comfortable letting her stay the night or even the weekend at his home, without her parents or aunt present.

“They would pretty much drop me off and then leave,” Jane testified.

Jane said she was 14 when her relationship with Kelly became sexual and that she lost her virginity to him when she was 15.

When the Illinois Department of Children and Family Services began investigating an allegation Kelly was having a sexual relationship with Jane in April 2000 when she was 15, Jane testified that she denied the relationship.

She also testified she later denied to Chicago police investigators she and Kelly had a sexual relationship.

Jane, her parents and Kelly met for a meeting when reports began surfacing in 2002 about the existence of a tape showing the pair engaged in sex acts. She said Kelly admitted to them he was having a sexual relationship with their daughter.

Jane and her father received subpoenas to testify before a grand jury in 2002. Jane testified that prior to appearing before the grand jury, she had a conversation with Kelly about “loyalty” and “denying our relationship and the sex tape.”

Jane testified she lied to a grand jury in 2002 when she denied having a sexual relationship and appearing in sex videos with the singer.