Poor condition of Juba Bridge blamed on absence of weighbridge 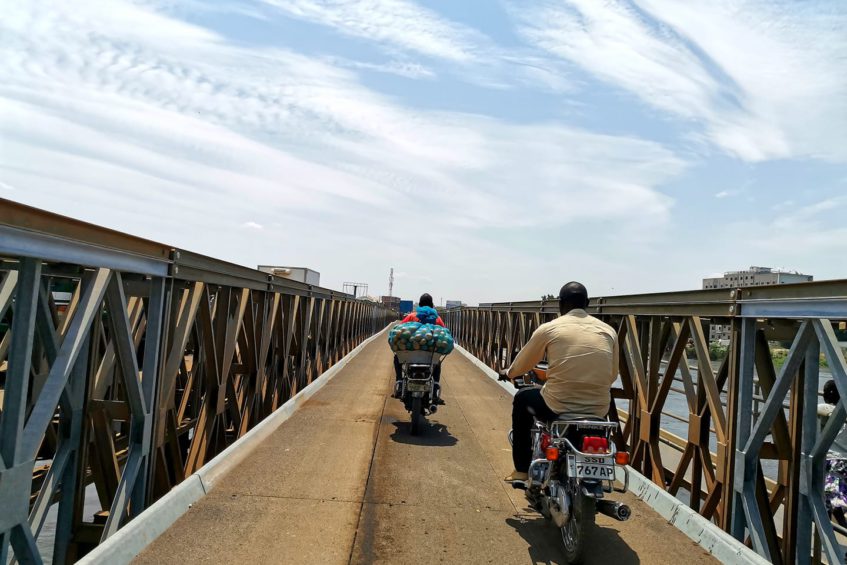 The executive director of the South Sudan Roads Authority has blamed the weak out-bound lane of Juba Bridge on lack of weighbridge.

A truck scale, weighbridge or railroad scale is a large set of scales, usually mounted permanently on a concrete foundation, that is used to weigh entire rail or road vehicles and their contents.

By weighing the vehicle both empty and when loaded, the load carried by the vehicle can be calculated.

“The standard is 18 tons, but what you do to check that is the installation of a facility called weighbridges,” Kenyatta Benjamin told Eye Radio on Wednesday.

The Juba-Nimule highway was constructed in 2012 by the American government through its implementing agency, USAID.

Since then, the road which cost about $220 million has not been rehabilitated.

But there was no repair work done on the Juba main bridge.

The deck at the bridge broke several times, causing a huge traffic jam for nearly 7 hours.

Constructed in 1972, the bridge has deteriorated over time -especially the inbound lane which requires more fixing.

According to the head of the road authority, some traders are overloading their trucks entering Nimule border and as a result, both the highway and Juba Bridge have damaged.

“Truckers come with two trucks and before entering South Sudan, they consolidate. They put the load for two trucks onto one and then enter South Sudan because they know nobody is going to check them out,” Benjamin added.

On Wednesday, the ministry of roads and bridges launched the redevelopment and rehabilitation of Juba – Nimule highway.

The project which is being funded by Ozturk holdings, a Turkish Dubai-based company and implemented by a joint venture between Hatay holding and SSPDF engineering corps is also expected to install two weighbridges in Nimule and Nesitu.