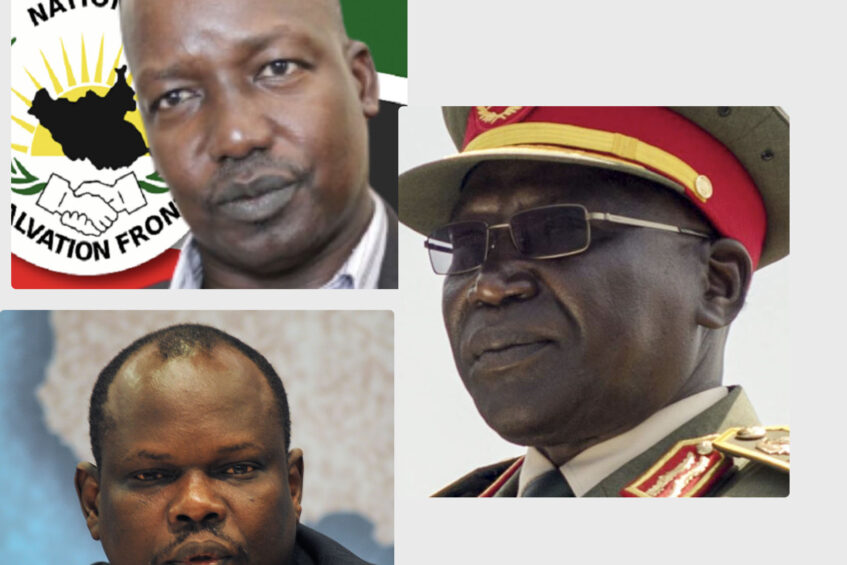 Political and military leaders of the groups formerly known as South South Opposition Movement Alliance have renamed themselves the Non-signatories, ahead of the Rome peace talks.

“In fact, we have that body now, you are correct there. What next is on the mediator’s cost, and they are the ones to tell us what next, and now we don’t have a thing to do with SSOMA anymore,” Malual said.

“We are now in this new grouping and it’s comprising of the real SPLM, and NAS and SSUF, whom I may represent and we are one team these days, we want to bring peace in South Sudan.”

The new name was agreed in the Italian capital Rome, following meetings with IGAD and TROIKA partners two weeks ago.

The meeting – convened by the faith-based group St. Egidio Community, brought together generals Paul Malong of SSUF, Thomas Cirillo of the National Salvation Front and Pagan Amum of The Real SPLM.

Cirilo, whose armed group – the NAS previously abandoned SSOMA, participated in the dialogue to prepare the opposition leaders for the next round of talks with delegation of the Juba-based unity government.

The Rome peace process stalled in August last year, after President Kiir pulled out of the talks, accusing NAS of an attack that killed two catholic nuns along the Nimule-Juba Highway.

Buy at the recent graduation of the unified forces in Juba, President Salva Kiir called on the hold groups to join the peace process.

He said his government was ready to work with the groups to end the conflict.