Over 100,000 displaced by flooding in Jur River County 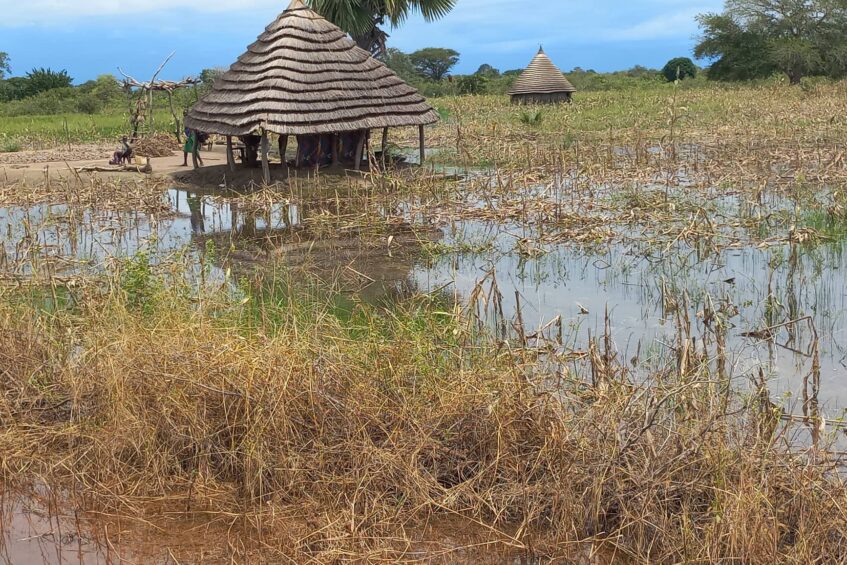 More than a hundred thousand farmers and cattle keepers have been displaced by flash-floods in Jur River County of Western Bahr el Gazal state since last month, local authority said.

The state chairperson for relief and rehabilitation commission, Musa Barsham said more than 2,000 huts have collapsed, and people have lost their livestock and crop fields.

Barsham said the number of people affected by flooding in the area has doubled since the last assessment at the end of August.

“This is the second stage of the flood, and I think this stage is more difficult than the first one in which 70 thousand people were displaced but this time its double and becomes 141 thousand,” he told Eye Radio on Sunday.

“These are areas most affected by the flood where tukuls (huts) and crops field were destroyed and the people fled to the high lands and we are fear in it will rain again.”

South Sudan marks the fourth year of catastrophic flooding that has so far displaced or stranded populations across its three regions.

Last month, the government declared national emergency over flood-affected areas and appealed to humanitarian partners to provide assistance to those affected.

The ministry of Humanitarian Affairs and Disaster Management has also contracted dozens of logistic companies to supply food and non-food items.

Adair Dang, a young woman spoke about the tragedy of losing her son after their house collapsed on him.

“The room collapsed on my son. I lost my son and every thing now,” Adair Dang, a middle-aged woman said speaking about the tragedy of losing her son after their house collapsed on him.

She added: “As you can see we lost our house, poultry and livestock and our fields, now we have nowhere to go, even I have no desire to speak.”