You are here: Home  |  Economy | News   |   One dead as traders clash with criminals in Leer County

One dead as traders clash with criminals in Leer County 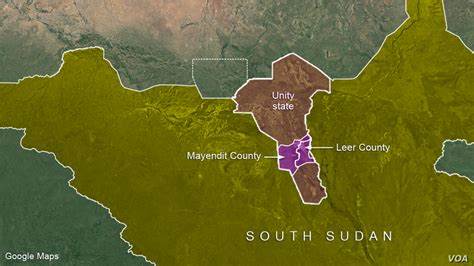 At least one person has been killed and several others displaced after cattle traders clash with criminals in Leer County, Unity State.

The state minister of information says the clashes started on Tuesday when armed youth allegedly from the neighboring Mayendit attacked cattle traders in Leer.

Kon Makuei stated that the traders were taking their cattle to the market in Leer when they fell into ambush.

He says the conflict then escalated, causing deaths and displacements.

“Some traders took their cows to the market in Leer to sell but fighting erupted after criminals attempted to loot the money from traders,” said Kon.