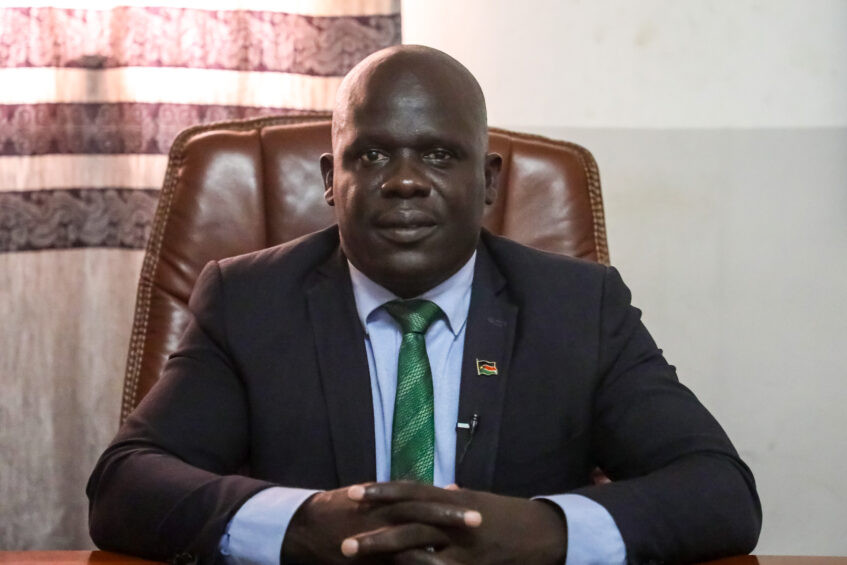 The National Security Service vowed to take disciplinary action against its officers who take the law into their hands.

This came after 5 National Security officers were put on trial on Thursday for arresting a civilian without following due procedures.

On September 29, the Internal Security Bureau prosecuted the five officers in a special tribunal for having acted outside of their legal mandate in arresting the unnamed civilian.

“Yesterday [Thursday], we had a colonel who ordered the arrest of a civilian without the notice of the Internal Security Bureau leadership. And what happened, he was sued in court with his subordinates,” said Kumuri.

“So we have no compromise on that, one of yesterday [Thursday] and some members of the institution were five but the leader was colonel. The senior one has been taken to court. Of course, now the law will take its course.”

Established in 2011, when the country gained independence, the Internal Security Bureau of the National Security Service, has authority to arrest cases connected to national security threats.

The institution under the Ministry of National Security is mandated by the transitional constitution to collect information, conduct analysis, and advise relevant authorities.

“…We don’t take laws into our hands, the law is here to be implemented, and once our officers, our NCOs misbehave about the law, and arrest without authorization of the leadership, then the person or the member of that institution will be arrested, detained and investigated, and sued to court,” the officer said while speaking to Eye Radio in Juba on Friday.