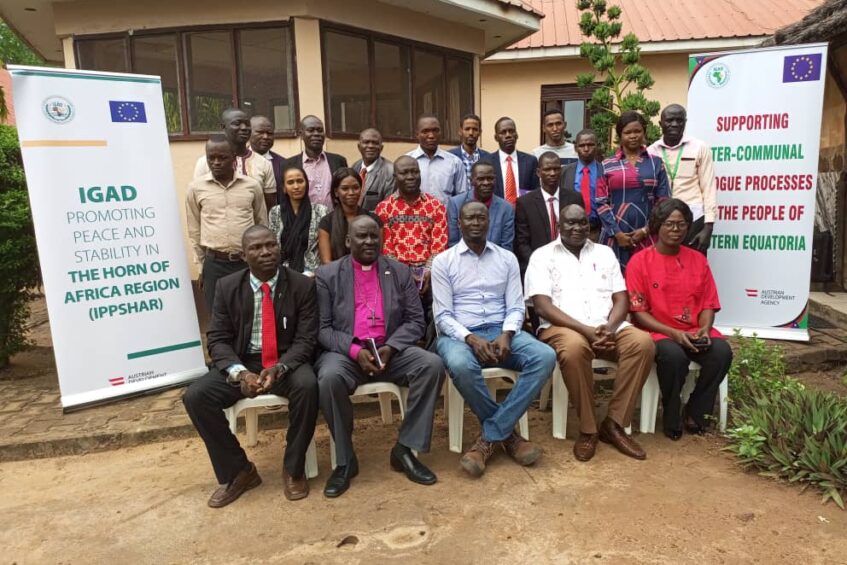 A consultative workshop to support an inter-communal dialogue process for Greater Tambura has concluded with a number of recommendations in Terekeka County.

The workshop seeking to set the benchmark for a grassroots peace and reconciliation process was facilitated by the Community Organization for Progress and Democracy COPAD, under the auspice of IGAD.

The Executive Director of COPAD Silvestor Ruati said the gesture was to bridge the gap created by communal fighting that ravaged Tambura.

“As an organization, we thought it was good to start something towards achieving peace in our state that’s why we started with the parliamentarians to hear from them what exactly caused the conflict in Tambura,” Ruati said.

In June 2021, a vicious sub-national violence, characterized by killing and displacement raged in Tambura and the surrounding areas.

A joint report by UNMISS and the Human Rights Council said grave human rights violations and abuses, including hundreds of killings, were committed against civilians during fighting in Tambura County, Western Equatoria State.

Several sources in the state, including Governor Alfred Futuyo have since alleged that the cycle of ethnic violence was fueled by politicians from the state and Juba, an allegation the governor later retracted from.

Ruati added that the workshop will pave way for other activities like a planned joint visit by IGAD and other stakeholders to the affected areas in Tambura.

The parliamentarians also recommended the joint IGAD assessment of the situation to restore hope to the displaced communities who are living in dire situations across the state.

They also outlined the importance of engaging the youth through capacity building activities like sports and to train journalists on conflict sensitive reporting and media ethics.

The MPs also stressed the need to empower community based organizations to respond to early signs of conflict, continuous advocacy to move all armed forces to the cantonment sites, empowerment of women and youth groups, and trauma healing and reconciliation to communities of Tambura.

For his part, the IGAD’s Head of Mission Dr Aleu Garang, said the regional bloc is committed to supporting initiatives that bring peace to the people of Western Equatoria State.

Dr. Garang, who is also the Director of the Mediation Support Unit of IGAD, called upon the participants to lead by example and restore sustainable peace and harmony to the people of Tambura.

“You are the eyes of your people, you have seen how your people are suffering in the IDP camps, it’s upon you to work out your differences so that your people can go back to their homes and leave a dignified life” Aleu said.

The consultative workshop was organized in Terekeka County of Central Equatoria State, by the Community Organization for Progress and Democracy in partnership with IGAD and funded by the European Union.