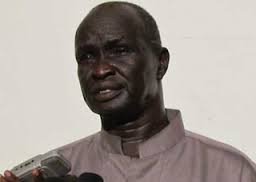 The deputy governor of Lakes State, Mabor Achol Kuer, has been removed from his position by the caretaker governor, General Matur Chut.

The State minister of Information, Dut Makoi, told Eye Radio that the deputy governor had been removed and a political advisor appointed in his place.

“The deputy governor is removed and a political advisor is appointed in his place. There is no other reason, it is just a normal action from his Excellency the governor. He has just decided to remove his deputy. This is quite normal because when you are appointed, then what is next is just removal,” Mr. Makoi says.

Meanwhile, authorities in Lakes State have shut down the military prison, Langchok, an official has said.

More than one hundred prisoners have been moved to the main prison.

The State minister of Information, Dut Makoi, told Eye Radio that the chief justice has formed a committee to investigate all cases which were earlier referred to Langchok.

“Yes, that is quite correct. Langchok is shut down simply because the chief justice has approved the formation of a special court. So it is shut down because there is now a court which is going to file all the cases which were referred to Langchok. The committee is already formed by the chief justice. Those who have been there have been moved to the main prison. There were more than 100 cases prior to the investigation which are going to take place as soon as the committee arrives in the State,” he added