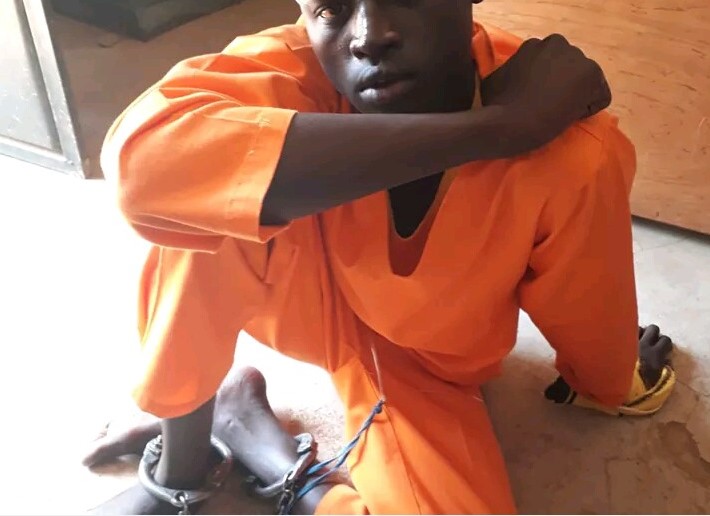 This is a campaign whereby millions of its supporters worldwide write letters for people whose rights are under threat, or are being violated like Magai Matiop Ngong.

Magai, 17, was sentenced to death in November 2017 while still a child, a violation of both South Sudan and international laws.

When Magai was 15 years old, he got into a physical fight with a neighbor.

When his cousin tried to stop the fight, Magai took his father’s gun and fired warning shots to the ground. One bullet bounced off the ground and hit his cousin, who later died in hospital.

During his trial, Magai did not have a lawyer to represent him as required by law.

He told the court his cousin’s death was an accident. He was found guilty of murder and sentenced to death. He eventually got a lawyer who is helping him appeal this judgment.

He is currently detained at Juba Central Prison, awaiting execution.

Before his life changed after being found guilty of murder, Magai was in secondary school and had dreams of helping people when he grew up.

“Before the accident, I was in secondary school. I was a runner, a very good one and I was also a singer of gospel and earthly songs,” Magai told Amnesty International last year.

“My own aim was to study and do things that can help others. My hope is to be out and to continue with my school.”

Amnesty International appeals to supporters to help Magai live by writing a letter to President Kiir, or sign this petition asking him to commute Magai’s death sentence.

The use of the death penalty against children is strictly prohibited by Section 21(2) the Transitional Constitution of the Republic of South Sudan, 2011 and under international human rights law, specifically Article 37(a) of the Convention on the Rights of a Child, to which South Sudan is a party.