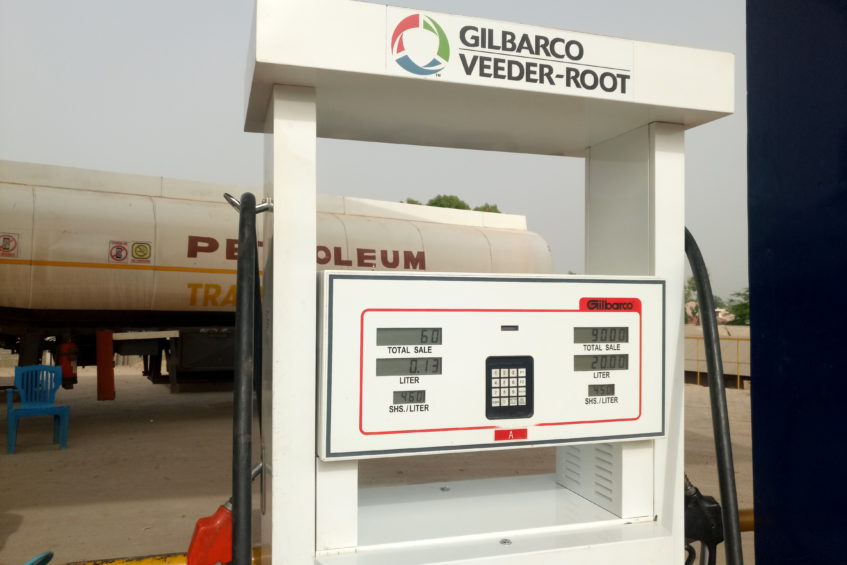 Some motorists have expressed concerns over the sharp increase in fuel price saying it is negatively affecting their work.

Those engaged in Boda Boda transportation business say within a week the cost for a liter of petrol doubled from 300 pounds to 600 pounds.

This, they say, has forced them to increase the fare.

Boda Boda is a motorcycle business that is the quickest mode of transportation for most residents of Juba.

It is also the leading source of income for many young people.

Paul Saba, a Boda Boda rider in Juba told Eye Radio that the increase in fuel is impacting on his transport business.

He added that the number of clients that approach him always complain about the price.

“When we are trying to explain to our customers that we are increasing the transport fare, they always seem not to understand.”

“The prices of spare parts have increased. A tube is 1,500 pounds and fixing it costs about 700. So if the tube spoils, you will spend about 2,500 to replace and an indicator is currently sold at 700, front light is 3,500 and all these are affecting us seriously.”

Nono Mulle is another Boda Boda rider stationed near the Yei road checkpoint.

He says he started Boda Boda work in 2014 to care for his family and pay for his education.

“The main problem is the prices of fuel and that is why we are complaining through Eye Radio so that those responsible can hear us and talk to fuel stations to reduce the prices,” said Mulle.

Niyibizi Aladin is the General Manager of MECO Petrol station that deals in petrol and diesel supply.

He claimed the fuel prices had shot up after the main suppliers ran out of fuel.

“The major problem was the Kenya pipeline price has gone high and some other petrol station was receiving fuel through Trinity and now since Trinity has got shortage of supplies,” said Aladin.

“We buy at a high price. If we could receive the dollars from the Bank or other chosen Petrol station or become open to any businessman in the fuel business, things can be better.”

Aladin added that they are now importing 1,000 liters of fuel from Kenya at 530 US dollars.

This is coupled with transportation and clearance costs.

Last month, the Nile Petroleum Corporation announced the arrival to Juba of its first locally transported heavy fuel from the facility in Bentiu.

The Central Bank has also been auctioning millions of dollars weekly to facilitate the importation of basic goods into the country.