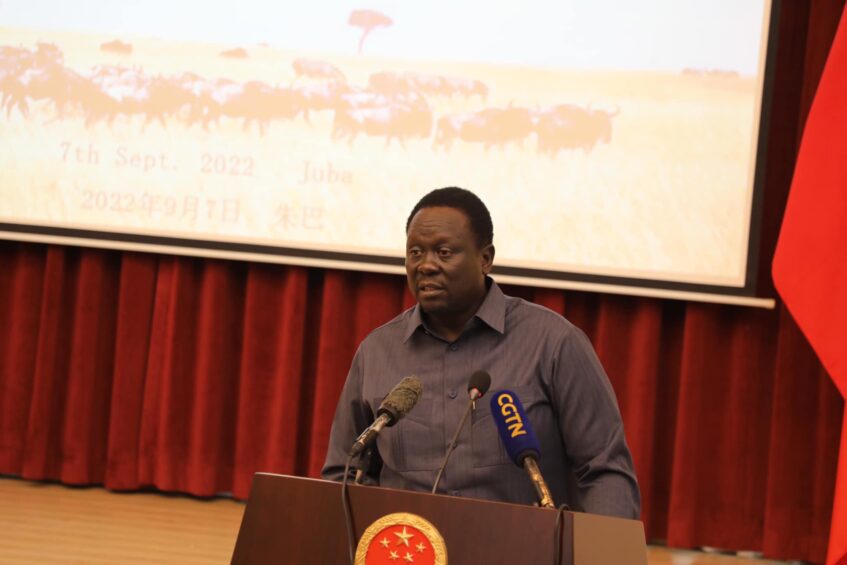 South Sudan assured its North African ally Morocco that the meeting between Vice President Hussein Abdelbagi and the Foreign Minister of Sahrawi Arab Democratic Republic on the sideline of the UN general assembly will not severe relations.

This comes after the Moroccan government summoned South Sudan ambassador to clarify a meeting between Vice President Abdelbagi and Mohamed Salem Ould, Sahrawi’s Foreign Affairs Minister in New York, US.

It’s not clear what the Vice President and the Sahrawi’s Foreign Affairs Minister discussed on the sideline of the UN General Assembly.

However, in a statement on Thursday, the Ministry of Foreign Affairs, confirmed it received communication from their embassy in Morocco on the issue.

But the Ministry clarified that Vice President Abdelbagi only affirmed to the Sahrawi Foreign Affairs Minister, South Sudan’s position in line with the African Union’s recognizing the SADR as a sovereign state.

“On 21st September 2022, the Ministry of Foreign Affairs received communication from our embassy in Morocco regarding a clarification note to our friendly nation, the Kingdom of Morocco,” reads the statement.

“The Ministry of Foreign Affairs would like to inform the government of the Kingdom of Morocco that the meeting between our delegation and the Sahrawi Minister of Foreing Affairs does not negate our strategic bilateral relations.”

A 1982 African Union conference admitted SADR as a full member and supported the right to self-determination of the Saharawi people.

The independence of the SADR was subsequently recognized at various points by some 80 countries, although, beginning in the mid-1990s, a number of them withdrew or suspended their recognition

During the visit, the two countries signed an MoU which included the areas of infrastructure for the future capital of South Sudan, “Ramshell”, agriculture, industry, investment, and health, among others.

The AU, which, together with numerous countries and international bodies