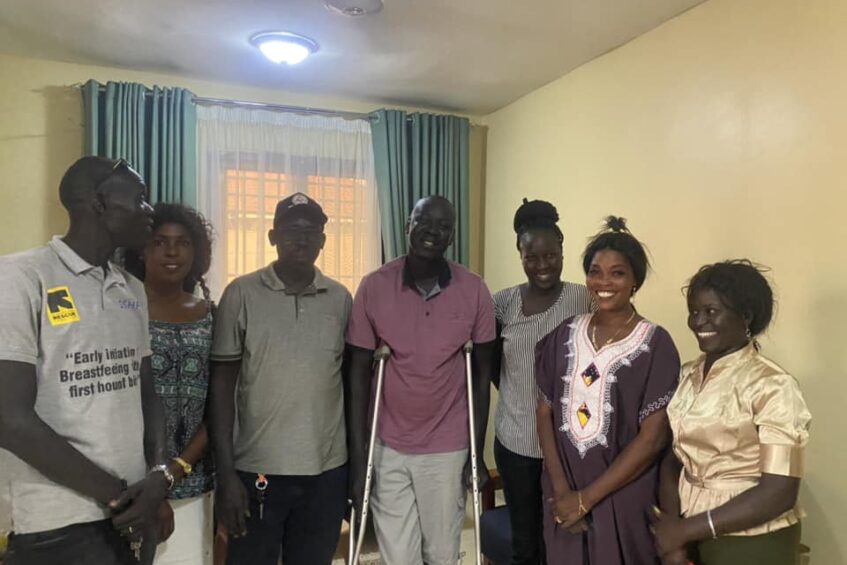 A journalist suffered a broken leg trying to save a woman from falling off a two-story building in Juba on Saturday December 31 2022.

Michael Christopher, the Editor-in-chief of Al Watan newspaper was among a crowd of people pleading with the unnamed 30-year-old woman who attempted suicide.

The woman, who was allegedly involved in a family dispute, had climbed to the roof of a church in Hai Jebel on Friday and contemplated throwing herself down the building.

Police Spokesperson Major General Daniel Justin said she stayed up the church for more than 10 hours, until she changed her mind on Saturday.

She agreed to come down after being convinced to desist from the act by passers-by, police says.

However, the woman slipped while coming, and one of the journalists covering the event suffered a broken leg as he tried to save her from a gruesome fall.

“When she tried to get away, her leg slipped and fell, but one of the journalists was present and the woman fell on his leg was broken, but he managed to save the woman, and she is now in good condition,” said General Justin.

“The journalist is now receiving treatment, and the police have begun to file a complaint under section 315 of the South Sudan penal act 2008 she is in police custody waiting for trial.”

The police have arrested the attempt survivor and charged her under section 315 of the Penal Act 2008.

The section says whoever has the intent to cause wrongful loss or damage to the public or to any person, commits the offense of mischief.

Upon conviction, shall be sentenced to imprisonment for a term not exceeding one year or with a fine or with both.

According to the World Health Organization data, suicide rates in South Sudan are up by 0.51%.