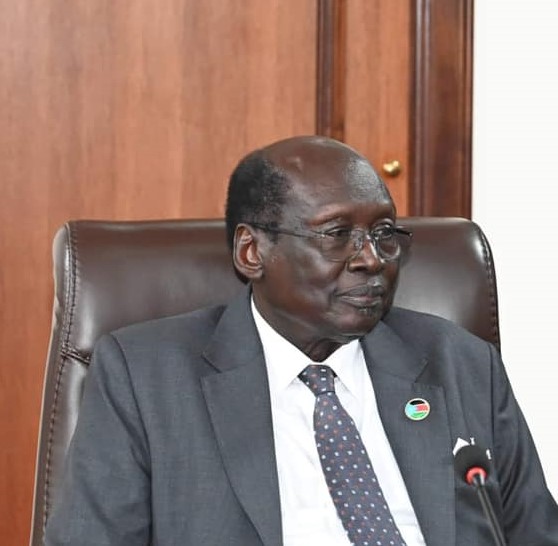 The government has suspended its participation in the Rome peace talks indefinitely, citing the non-signatory South Sudan Opposition Group has been buying time to prepare for war.

In a letter dated 21st of Nov, addressed to the Secretary General of Sant Egidio in Rome, Italy, the government’s Minister of Presidential Affairs says the decision was not arrived at lightly.

“While we have been preparing to engage in serious dialogue with the non-signatory South Sudan Opposition Group to bring lasting peace to the people of South Sudan, it has come to our attention that this group is using these talks to buy time as they prepare for war, ” Dr. Barnaba Marial Benjamin announced.

This comes barely a month after political and military leaders of the groups formerly known as South-South Opposition Movement Alliance renamed themselves the Non-signatories, ahead of unannounced Rome peace talks.

Garang Malual, the spokesperson of South Sudan United Front – under Malong Awan had said the former SSOMA has now rebranded as Non-signatories.

The new name was agreed upon in the Italian capital Rome, following meetings with IGAD and TROIKA partners two weeks ago.

The meeting – convened by the faith-based group St. Egidio Community, brought together generals Paul Malong of SSUF, Thomas Cirillo of the National Salvation Front, and Pagan Amum of The Real SPLM.

Dr. Barnaba Marial said Juba has considered the Rome initiative as a facilitative for peaceful resolution of the conflict in South Sudan and not as another repertoire in tactical consideration for the pursuit of military objectives for peaceful means.

“Since this development that used the Rome Initiative as a cover in preparation for war is diametrically opposed to our view, the government took the decision to prevent the mockery of the noble process”, he said.

Despite the odd, Marial said his government is firmed on its commitment to the Rome Initiative.

In the letter, he has extended an invitation Secretary General of Sant Egidio, in Rome to visit Juba to discuss the concerns raised.

The non-signatory parties to the revitalized agreement are yet to respond to Juba’s stance.