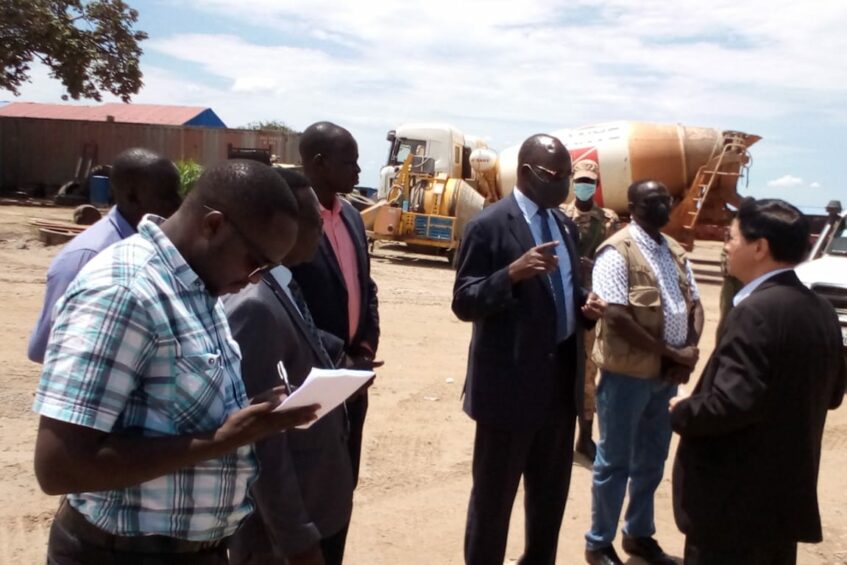 The government has canceled a deal with Egyptian company to construct major roads linking Kajo-Keji and Yei to the national capital after the company failed to show up since the deal was struck in 2019.

Minister of Roads and Bridges, Simon Mijok Mijak said since the contract was signed in June 2019, the unnamed Egyptian company never materialized to start the construction work.

“The contracts like Kajo-Keji and Juba-Yei, which were signed 2019, never commenced, so we are cancelling the contract,” Mijak said while speaking during inspection visit to Bor road on Thursday.

“We are intending very soon first to do clearance and put Marram Road so that people are connected.”

Mijak’s statement came amid reports of deteriorating condition of Juba-Yei-Kaya road, due to torrential rains.

The Commissioner of Yei County said on Wednesday that the local youth resorted to manual renovation, after the national government reneged on their plea to rehabilitate the road.

Aggrey Cyrus said they are worried that supply routes to the area, including the road to Kaya at the Ugandan border could be cut off during the rainy season.

Observers say, South Sudan has one of the world’s most underdeveloped roads networks.

The total estimated track length in the country is approximately 90,200km, which includes approximately 14,000km of primary and secondary roads, and 6000km of tertiary tracks, according to reports.

Currently only one international road, the 192km stretch between Juba and Nimule on the Ugandan border is sealed.

Most other sealed roads are urban roads within the capital city Juba.

Although there is an ongoing construction of Juba-Terekeka-Rumbek and Juba- Bor highways; all other national, inter-state and urban roads consist of badly or non-maintained dirt roads.