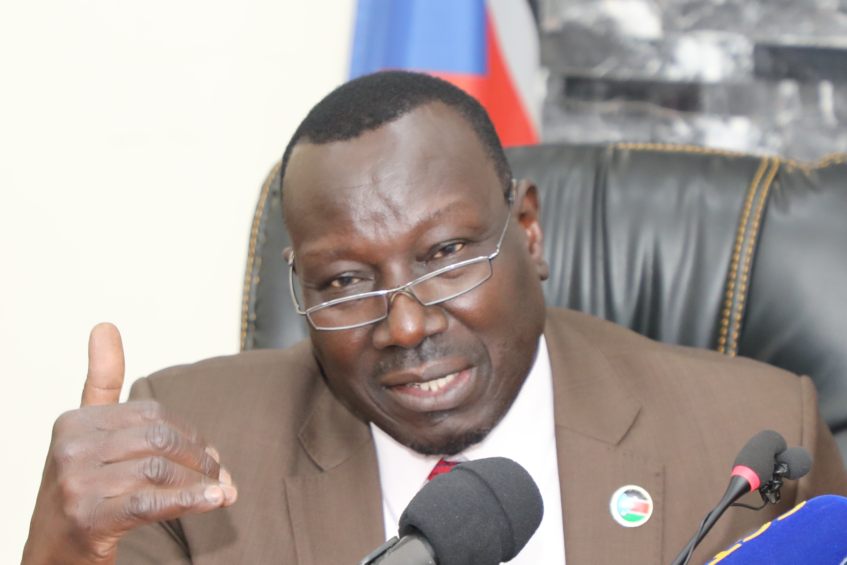 The Minister of Finance and Planning has emphasized on the need to diversify the country’s economy by encouraging local production.

Agak Achuil Lual says the country should maximize agricultural production as well as industrial utilization of natural resources in order to reduce high prices of basic commodities in the market.

Minister Agak believes stabilizing the economy requires proper utilization of the country’s resources such as gold and boosting production in the agricultural sector.

“The only way to minimize this and to solve this problem is to encourage local production to produce our own food and when we produce our own food, that means we will involve in Agriculture, we will be involved in doing some other things like mining,” said Agak.

Recently, some residents of Juba expressed concern over high commodity prices in the markets, despite the local currency making gains and remaining stable against the US dollar.

A survey carried out by Eye Radio a week ago indicates that prices of basic commodities have increased.

The government have previously injected millions of dollars to bring down the skyrocketing commodity prices in the markets, but little changes have been realized.

On Wednesday, the World Bank and the government launched a $120 million project to build the capacity of local communities in the country.

The five year project, which will be implemented by the finance ministry, will enhance community resilience and local government project phase.

Speaking at the launch of the project, Minister Agak Achuil, said the country’s gold is being stolen, without pointing fingers at the purported thieves.

“To invest in mining sector that will produce…. even the gold, our gold is being stolen out and if we produce our gold through the right channel,” he stated.

Agak said the government will diversify the economy with the initiation of agricultural projects.

“We will diversifying our economy with projects in agriculture, projects in other things and we produce our own food then the prices will go down,” he said.

However, the minister failed to outline a tangible government plan to diversify the economy, and it is not clear when and how the objective could be realized.

South Sudan is said to have a huge but largely unrealized agricultural potential.

However, less than 4 percent of the total land area is currently cultivated and the country continues to experience recurrent episodes of acute food insecurity.

The UN agency report underscores that a number of factors including insecurities, limited use of technologies, capacity constraints, non-tariff barriers, high labor costs and poor infrastructure are said to constrain productivity and the competitiveness of South Sudan’s agriculture relative to its neighbors.

For her part, the Minister of Agriculture and Food Security, said she disapprove the country’s import of food commodities from the region.

Josephine Lagu also said it is time for South Sudan to stop being spoon-fed on humanitarian assistance and embark on producing its own food.

“This country should be able to feed itself and this is our motto, this is our policy in the Ministry of Agriculture and Food security. We been saying this since last year and we are continuing that we should produce what we eat because we can,” said Josephine.

“We don’t need to continue importing food from other countries. Yes in cases of emergency we can do that but it cannot become our lifestyle,”  she added.

Last year, experts say the South Sudan’s agricultural sector were contributing only one-tenth of the Gross Domestic Product due to insecurity and insufficient funding for the sector.

The World Bank recently said South Sudan remains in a serious humanitarian crisis with some 8.9 million people estimated in need of humanitarian assistance in 2022.