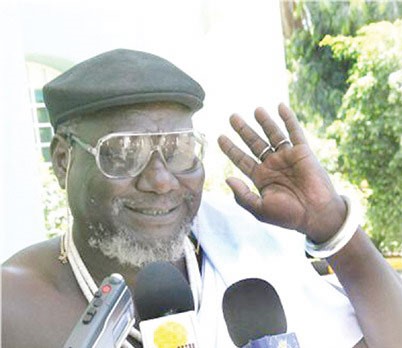 President Salva Kiir says the King of Chollo Kingdom has been airlifted to Juba from Fashoda amidst intensified fighting in the Upper Nile region.

Kiir says his Majesty Reth Kwongo Dak Padiet was flown to Juba amid reports of fighting between armed youth in the Fashoda County in Upper Nile State.

President Kiir said when the government learned of the situation in the area, it sent a boat to bring him from Pashoda County to Malakal town.

“When the situation intensified and we saw that he (King) was in Pashoda. The King was in Pashoda, so we tried to move him,” Kiir said during the SPLM national liberation council meeting in Juba.

“So, we sent a boat to bring him to Malakal and from Malakal yesterday (Thursday), we airlifted him by air to Juba here. The King is safe and I will meet him in Juba here.”

He says after the king arrived in Malakal, he was flown to Juba immediately.

He made the remarks during the opening ceremony of the National Liberation Conference of the SPLM Party.

The initial fighting began in Panyikang and Fangak Counties in July before escalating into heavy conflict by mid-August.

It started as a factional fighting involving the former Kitgwang factions led by General Simon Gatwech and General Johnson Olony. But it later escalated to involve armed youth.

Last month, the violence reached Fashoda County – where the palace of the King of Chollo is based.

Activists, aid agencies and the UN Mission in the country have condemned the violence and called on the national government to deploy security forces to contain the situation.