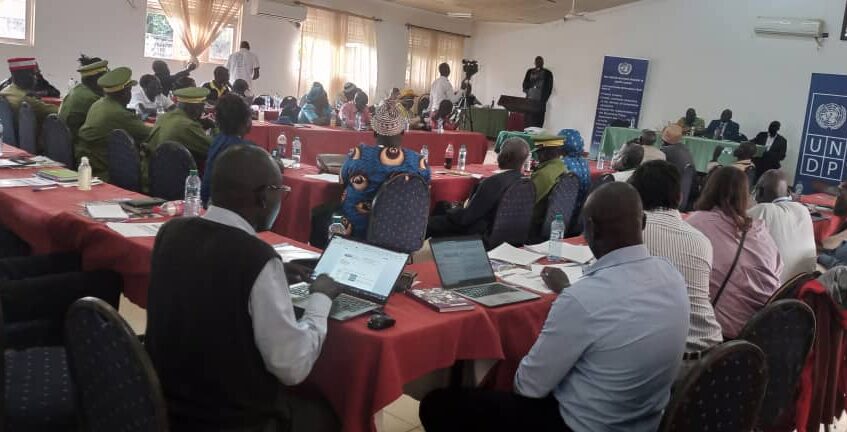 Traditional leaders from Greater Equatoria appealed to the national and state governments to strengthen their capacity to resolve disputes arising at the grassroots level.

The chiefs made the call at the conclusion of a two-day conference organized by the UN Mission in South Sudan in the Eastern Equatoria State capital, Torit last weekend.

Tambura Paramount Chief and representative of Western Equatoria State, Mboribamu Renzi called on the government to grant chiefs the powers to prevail over perpetrators of communal conflicts.

“We call upon our government to put into consideration the voice of the voiceless people through the traditional leaders,” he said.

“The state, national or the local governments must work hand in hand with the traditional leaders and make sure that peace is paramount for the community and for the success of this nation.”

According to him, when their capacity is enhanced, they will unite the grassroots and bring peace in the communities.

Decades of war in South Sudan have had a damaging effect on the position of chiefs and other traditional leaders, says the Rift Valley Institute in a report.

The institute noted that traditional leaders have remained strong as they confront crises in communal life such as the increase in violent ethnic conflict,, the collapse of national judicial system, the uncontrolled spread of firearms and and the years of civil war since December 2013.

For his part, Martin Ladu, the Paramount Chief of Lainya County who spoke on behalf of Central Equatoria State Chiefs, called on the government to set up branches of public University at the local levels to enable senior four levers in rural areas have access to high institutions of learning.

“In developing the future, we need one thing as our government in the Greater Equatoria, our students who completed senior four levels are just stuck there due to the distance to join the University.”

“These motor (motorcycle) riders are educated people but they are not given chance. No relatives in the town to support them. It is my request that, may the government come up with a policy at least to give branch for the University to certain locations so that we have future leaders for this country.”

Peter Lokeng Lotone, the Minister of Local Government and Law Enforcement in Eastern Equatoria State commended the community leaders for their inputs saying, their views will be incorporated in an anticipated, but undated countrywide traditional chiefs conference in Juba.

“The contributions you have put here, it has to be reflected in a big conference in Juba and that will be the tool which made us South Sudan to work with it,” said Lokeng.

There are many laws which are being imposed but this one we are working now, it will also be added to the first ones which have been laid down.”