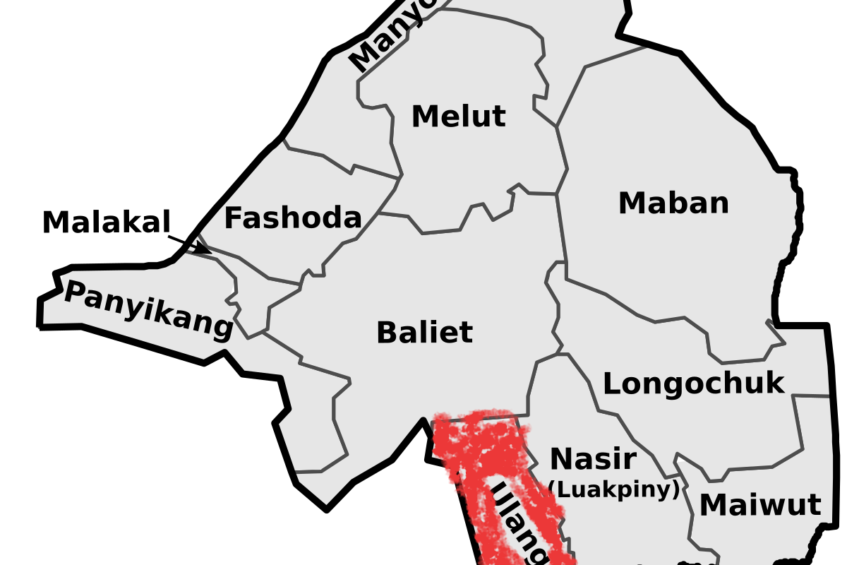 Ulang County is one of the counties in Upper Nile State/Photo/Wikimedia.

At least 43 people have reportedly been killed and several others wounded in communal fighting in Ulang County of Upper Nile state.

The state minister of information, Luke Saadallah said clashes happened Friday at around noon when two clans fought each other.

The deadly revenge-like violence was sparked by the killing of a young man in Ulang County last month, Mr. Sadallah added.

“At this moment, the information I have got is that the two clans clashed, 27 people were killed in one clan and another 16 in the rival clan so the number of people killed is 43,” Luke Sadallah told Eye Radio on Saturday via phone from Malakal.

“So far, we have received information that the tension is still high, but the fighting didn’t resume, and due to poor network, communication is difficult to get accurate information, it is only from Ulang that they can call us.”

The number of the wounded people remains unknown, but Mr. Sadalla stated that they have been taken to Ulang hospital for treatment.

He further said the absence of the Commissioner in the County and the failure to form local government structures has contributed to the insecurity in the area.

The information minister says that the state government was preparing to send security forces to control the security situation. Since the formation of the local government in Upper Nile, Ulang County has been without a commissioner.

The majority of the dead on both sides are young men involved in the clashes, the state information minister added.

He said they used light and heavy weapons including, machine guns in the tribal clashes.

Eye Radio could not independently verify the incident.

However, the UN Mission says cattle-related killings and revenge attacks remain the biggest security challenge in South Sudan since the decline of political violence in 2019.