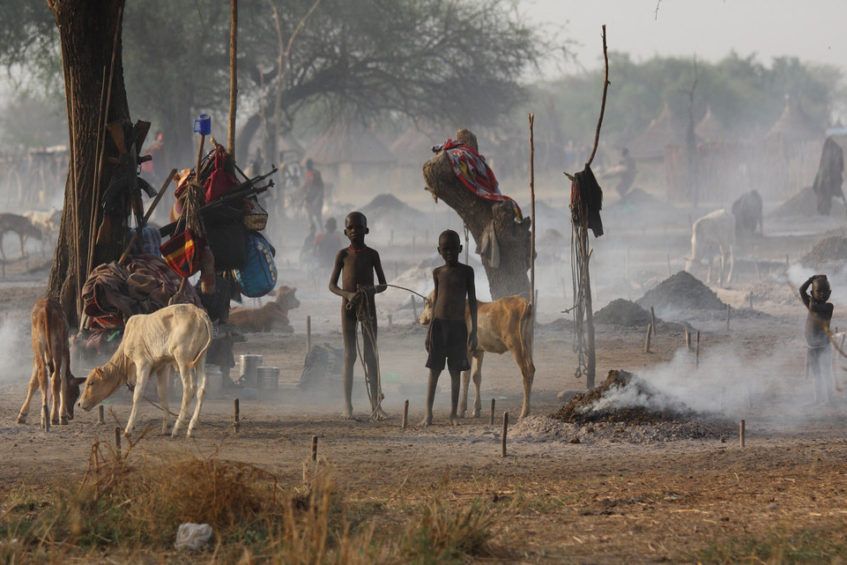 Eight people have reportedly been killed in a cattle-related attack in Terekeka County in Central Equatoria State.

The incident, which occurred at the weekend also resulted in the injuring of four people.

According to the former executive director of Awerial County, an armed confrontation ensued after youths from the neighboring county attempted to raid Guer cattle camp on Sunday.

James Kenyi told Eye Radio on Wednesday attributed the attack on revenge raid “from Aliap youth whose animals had been raided earlier by “youth of Tindilo”.

“This resulted in heavy fighting on Sunday, causing the death of three people and injuring of four others from the attackers,” he explained. “And from the side of Terekeka, five people were killed, including a girl.”

Officials in Aweial were not immediately available for a comment on the allegations.

However, he stated that the stolen cattle were retrieved later by Terekeka youth.

“We are planning to hold a meeting and then a conference such that these behaviors can stop because it is caused by the presence of guns in the hands of civilians,” Kenyi added.

But recent peace conferences on inter-state peaceful coexistence have not borne fruits, given the recurrent cattle raids and revenge attacks among the cattle-rearing communities in Lakes, Central and Western Equatoria states.

Revenge attacks and cattle-related killings remain the biggest insecurity challenges after political violence subsided in the country, according to the United Nations Mission in South Sudan.

In August, UNMISS said it had documented more than 400 incidents between April and June 2020, involving over 1,600 civilians.