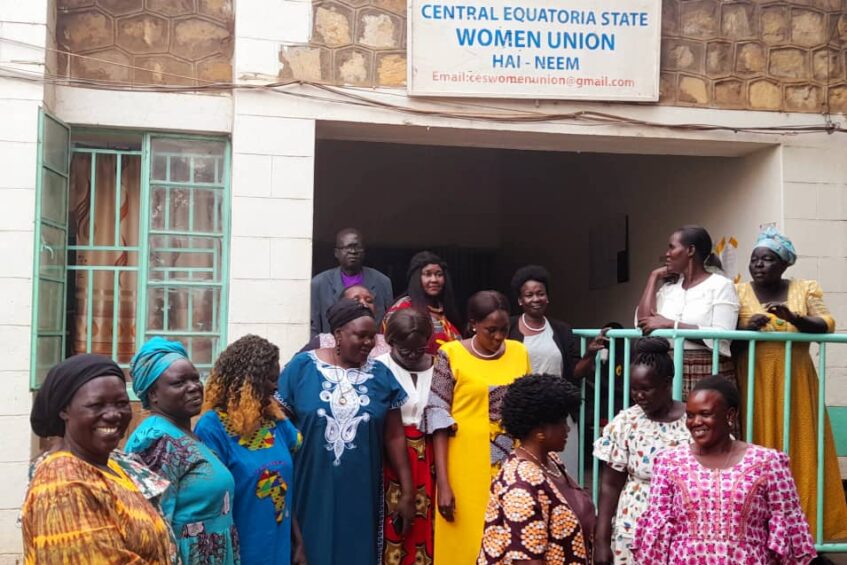 An advocacy organization has documented at least a dozen women residing in Juba’s Gumbo Sherkat, who have reclaimed their plots after suing land-grabbers in the recent months.

The Executive Director of Women Foundation for Humanity Organization, Dorothy Drabuga said her organization has registered 20 women whose plots were grabbed despite possessing legal documents.

Out of the 20 women, ten successfully reclaimed their stolen plots, while others are waiting for the court rulings on the issue.

“We have about 20 women who had problems others their lands have been grabbed especially here in Gumbo-Sherikat here,” she said.

According to her, the same plot numbers were given out to influential people who have used their positions to evict vulnerable women by force.

“Because you are a woman your neighbor steals your plot and then the person who bought will come and say this is my plot. I don’t want to see you here tomorrow and they will just come and chase without compensation.”

Drabuga said despite eviction, some of the victimized women were not compensated for the loss.

South Sudan has in the past few years adopted a number of legislation protecting women’s rights to housing, land and properties.

The Transitional Constitution, the Land Act and the Local Government Act, all recognize women’s rights to own and inherit land and property.

The constitution also calls on all levels of government to enact laws to combat harmful customs and traditions which undermine the dignity and status of women.

However, despite the legislation calling for equal rights of women to land and property, reports say the reality is that recognition and protection of those rights, remains limited throughout the country.

The Norwegian Refugees Council indicated in a report that South Sudanese women’s rights to land, housing and properties remain derived through their marital or childbearing status.

The assessment also said dispossession of widows, daughters, and divorced women is common.

On Monday, a workshop was convened in Juba to sensitize women about their land rights and how to overcome related domestic challenges.

The one-day workshop was supported by the Norwegian People’s Aid.

“I went to Payam, but my name did not appear and I told them that I was here in this land since when I was young, so am not going anywhere am staying here but they said the papers are in somebodies hands,” said one woman who has not yet reclaimed her land.

“If a home is grabbed and you have the land titles and the papers are with you, someone will appear with the same number of your land that you got since 2014 or 2015 and those same papers that you have.”

Igga, who spoke at the conclusion of a three-day workshop to review national land policy in Juba, said illegal land dealing among some government officials is partly contributing to land grabbing and violence in the country.

“Some people are bribed in order to give out land that belongs to somebody else, and these people end up shooting themselves, killing themselves,” said the vice president.