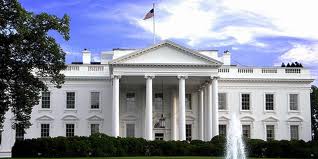 The United States says it has canceled a meeting with South Sudanese leaders at the White House over concerns on the implementation of the peace deal.

Vice President James Wani Igga, the leader of Former Detainees Pagan Amum, and the leader of SPLM in Opposition, Dr. Riek Machar, were invited for a joint meeting this week with White House officials.

But a spokesman for the National Security Council, Ned Price, said the meeting was cancelled on Tuesday over lack of commitment to implement the peace agreement.

According to the Foreign Policy magazine, Ned said Dr Riek is unwilling to make compromises in the security sector while James Wani was turned away because of the government’s decision to create more states.

“After a renewal of fighting over the weekend, Machar’s unwillingness to make compromises in security sector reform negotiations, and the government’s decision to create 28 new states in violation of the spirit of the peace agreement, we decided not to receive the parties at the White House until they demonstrate a stronger commitment to promoting peace in South Sudan,” Price said.

Ned said another reason given for cancelling the meeting which was expected to discuss the peace process, is the renewed fighting in Unity State.

He said that the US administration decided not to receive the parties at the White House until they demonstrate a stronger commitment to promoting peace in South Sudan.

The magazine wrote that the meeting was scheduled for this week, but the South Sudanese leaders were informed of the cancellation on Tuesday by the US envoy to South Sudan and Sudan, Donald Booth.

In response, Dr Riek said he was ‘frustrated’.

“Why would [they] cancel such a meeting? America has been supporting a lot, and in the last minute you can’t chicken out,” he told FP.