‘Wait for us to escort you’ -IGP to Nimule road motorists 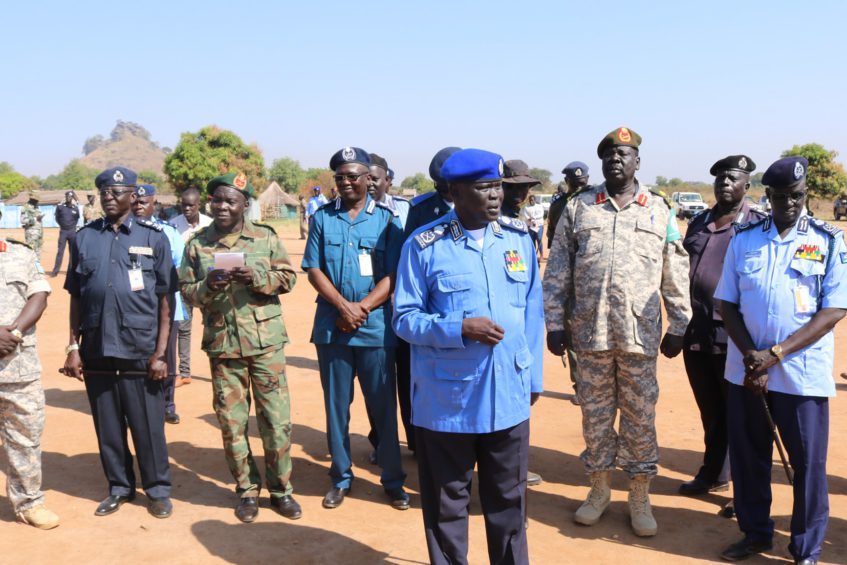 The Inspector-General of Police is urging motorists to only use Juba-Nimule road in the company of security escorts.

The call comes amidst growing fears after several travelers were attacked and killed on the highway recently.

Lt-Gen. Majak Akech says despite the presence of security escorts at Nesitu, some motorists disregard their protection and set off alone.

“We want the civilians to cooperate with us, when the travelers meet at the roadside, they have to wait for an escort,” he told the state-run SSBC television.

Last week, four travelers including two reverend sisters of the Catholic Church were shot dead on the Juba-Nimule Road.

Over the weekend two truck drivers were also shot dead on the same highway.

The latest road attacks have made Ugandan and Kenyan truck drivers suspend using the road.

On Tuesday, the National Police Service revealed plans to deploy more forces along the Juba-Nimule highway to disrupt criminal activities in the hotspot areas.

It said that the current deployment of 10 kilometers after every military post is ineffective because it leaves gaps for bandits to ambush travelers.

According to the spokesperson, security forces will now deploy 5 kilometers after every post or less to intercept any banditry.

Major General Daniel Justin said a security team has been dispatched to the Juba-Nimule Road to map out locations where criminals often launch attacks on travelers along the highway.

“They are to study and make an assessment on exactly where we can deploy the forces on the road,” he stated.

The assessment team headed by the SSPDF is also composed of officers from the Tiger Division, National Security Service, and National Police Service.