You are here: Home  |  Education | Humanitarian | News   |   Visually-impaired man appeals for help to educate his children

Visually-impaired man appeals for help to educate his children 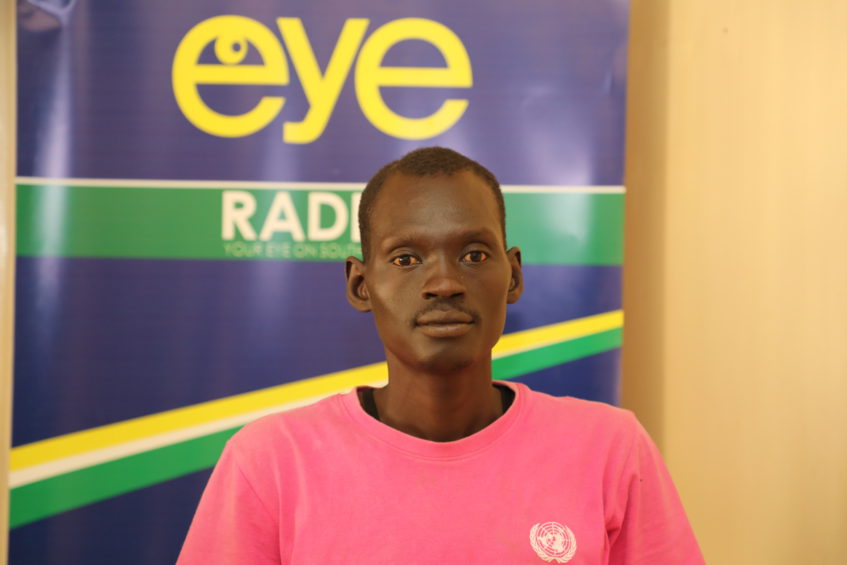 A visually impaired man is appealing to well-wishers to help him educate his children after they were chased from school over fees.

They have four children.

Majok – senior four drop out – was a manager of a hotel in Rumbek town of Lakes states.

After losing his sight, the administration sacked him.

Up to now, Majok is jobless due to his condition.

He then traveled to Wau, Western Bahr el ghazal state for treatment, but was in vain.

Majok decided to move to Juba, hoping to recover, but the hospital bill was beyond what his family could afford.

Majok could not remember how much he was required to pay for further treatment.

He is supposed to undergo cataract operation.

Cataract is a clouding of the normally clear lens of the eye.

For people who have cataracts, seeing through cloudy lenses is a bit like looking through a frosty or fogged-up window.

Since then, his health has continued to deteriorate.

They are Monika, Mary, Mayen and Liberty.

The 30-year-old cannot pay school fees for his children, as a result they were sent home by the school administration in Juba.

He is now appealing to well-wishers to come to his rescue.

“My eyes became blind when I went to the hospital, from there I got nothing to treat myself up to now. It is a very painful sickness, you have eyes before and all of a sudden you lose your eyes, it is very stressful,” Majok told Eye Radio.

“The last time I saw a light was when I was working, I wrote my document at night, but I just lost sight like that, when I woke up in the morning, I never saw my document again.

“My wife is threatening to leave me with the children because I’m not supporting her. I’m really stressed up to now. The children without their mothers are like orphans. What shall I do if my wife is leaving me?”

Members of the Association of Visually Impaired have on several occasions called on the government to sign the UN agreement on the rights of persons with disabilities.

If signed, the convention will ensure that such people are protected in times of crisis.

The Convention on the Rights of Persons with Disabilities is an international human rights treaty of the United Nations intended to protect the rights and dignity of persons with disabilities.

Parties to the Convention are required to promote, protect, and ensure the full enjoyment of human rights by persons with disabilities and ensure that they enjoy full equality under the law.