You are here: Home  |  Justice | News | Peace | Politics   |   US diplomat urges gov’t to give anti-graft body teeth to bite 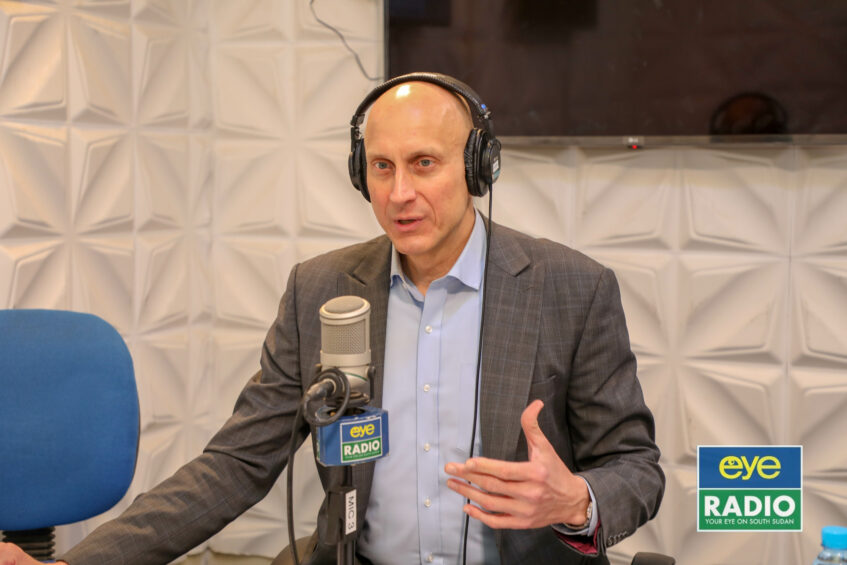 The Chargé d’ Affaires at the US embassy in Juba has called on the government to strengthen the Anti-corruption Commission so that corrupt officials are held accountable.

William Flens said the Anti-corruption Commission should be strengthened to independently conduct its activities.

He also said it is critical that the government grants the media freedom as they have played a critical role in exposing corruption in the country.

Speaking to Eye Radio this morning, the Chargé d’Affaires at the US embassy in Juba described corruption as a “cancer that undermines democracy and the confidence of investors”.

William Flens said for South Sudan to prosper, its government should fight corruption.

“Corruption is a cancer that undermines democracy, undermines confidence by investors, it erodes the bedrock of society and that’s something that has to be stamped out,” said the US diplomat.

“It is something that cannot be allowed to continue if South Sudan is going to have a government that responds to the needs of the people,

“You need to hold accountable the officials who hold power. This is why it’s so critical that free media are supported here because they have a critical role in exposing that corruption,

“We urge the government, take more seriously to empower the anti-corruption commission and not just have it on paper, but actually to give it some teeth,

Last month, the US government said the trade and investment climate in South Sudan slightly improved in the past few years.

However, Washington said in the statement that despite the reforms in the public finance sector, many setbacks remain unaddressed.

According to the assessment, South Sudan’s economy is highly dependent on oil-revenue, and the transitional government did not institute any new programs in the past years to diversify the country’s economy.

The report, however, indicated that South Sudan’s oil sector is fraught with corruption and mismanagement.

The U.S went on to say, the corruption and malfeasance in the country go beyond the oil sector.

According to the statement, the country’s oil-producing firms, and the Petroleum Ministry remain on the U.S. Department of Commerce Bureau of Industry and Security Entry List.

In 2021, Transparency International ranked South Sudan as the world’s most corrupt country.

In September last year, the UN Human Rights Commission said there was a link between corruption in South Sudan and human rights violations and economic crimes.

The report cited arbitrary and conflicting regulations, multiple layers of taxation, and airport and border obstructions.

It also cited labor harassment and looting as hindrances to a conducive investment climate.

Others, the statement said, include government failure to enforce laws equitably or consistently, citing corrupt officials operating with impunity.

The South Sudan Interim Constitution mandates the Anti-corruption Commission to investigate cases of corruption in the public as well as in the private sector and to combat administrative malpractices in public institutions.