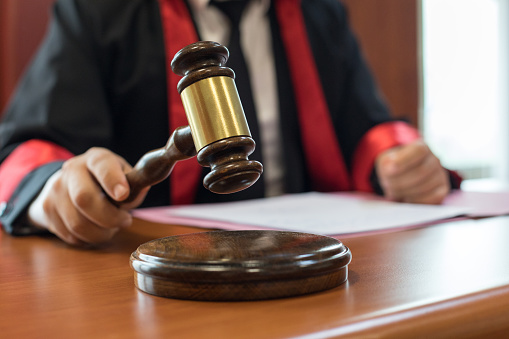 Two former Uganda Revenue Authority employees accused of stealing nearly half a million US dollars from unnamed South Sudanese, have been released after the court found they were heavily tortured.

Daily Monitor, an influential newspaper, reports that Robert Asiimwe Akanga and Stevens Kalemba were supposed to be tried for charges ranging from abuse of office, theft to committing a felony.

On February 28, 2021, the Director of Public Prosecutions in Uganda had claimed that Akanga and Kalema had stolen $410,000 US dollars, from a South Sudanese national whose name was never revealed in the court record.

Daily Monitor understands that the little the State could reveal about the victim is that he owns a company called GAK Express Co. Limited.

According to court records, the South Sudanese national reported the case to Kawempe Police Station, where it was then referred to the Police Flying Squad Unit, which arrested the duo.

The suspects were taken to the dreaded Special Investigations Unit (SIU) in Kireka, Wakiso District, and later taken to the army headquarters in Mbuya, Kampala.

However, the suspects could not be prosecuted after Uganda’s Ant-Corruption Court found that they were tortured by security operatives during and in the wake of the arrest.

After hearing from both sides, Justice Lawrence Gidudu, the head of the Anti–Corruption Court, was left with no option but to let the accused duo walk free.

“The cumulative import of all the circumstances that I have listed above confirm that allegations made by the applicants in regard to their arbitrary arrests and subsequent torture to be true,” said Lawrence.

He added that the rights of the accused were threatened, infringed upon and violated in reference to the country’s constitution.

“The injuries sustained are gruesome to say the least and confirm that there was torture of A1 and A2,” the Judge ruled.

“I am satisfied that the applicants have demonstrated that their non-derogable rights and freedoms were infringed upon, when they were mercilessly battered in the hands of the military that should have had no role in purporting to investigate a criminal case of abuse of office and theft.”

He added; “I hereby declare their trial in criminal session case 1 of 2022 a nullity and acquit them pursuant to Section 11(2) of The Human Rights (Enforcement)Act, 2019.”

Instead, the court has ordered the government to pay more than Shs400 million to the two employees as compensation for torture.

The supposed trial of Akanga and Kalemba, which happened in the wake of another similar robbery involving Ugandan Socialite Charles Olimi also known as Sipapa and his girlfriend has raised questions of why South Sudanese in Uganda opt to keep huge sum of money at homes instead of the banks.

Sipapa was remanded to the infamous Luzira prison along with his partner— Shamira Rukia Nakiyemba, a designer—on charges of aggravated robbery.

“There’s no law that I’m aware of that stops a person from having big sums of money in cash,” a lawyer whose specialty is in illicit financing, told Daily Monitor on condition of anonymity such that he could speak freely.

“But holding large amounts of cash may be evidence of involvement in illicit criminal activity,” the lawyer added, triggering money laundering allegations.

But the country’s police reportedly said there is no need for alarm over huge sums of money found with South Sudanese.

“The money is properly accounted for and those people can explain where they got it and how they are going to invest it,” Mr Fred Enanga, the police spokesperson, told Saturday Monitor early on September.

But Justice Gidudu said their prosecution, raised more questions than answers because a person who doesn’t trust the banking system in most cases is a money launderer.

“Money that’s laundered is not put in the bank because it can easily be seized by the Financial Intelligence Authority, Bank of Uganda, and so on,” he said during the trial.

They have to keep it under their beds and after they decide how to legitimize it by buying property—[they] buy cars, buy buildings and so on such that they clean the money.”

South Sudan remains one of the leading destinations for Uganda’s exports, with a monthly imports from the southern neighbor at 50.6 million US dollars.

South Sudan Due to institutional weaknesses that highlight illicit financial flows, South Sudan is ranked as a fragile State. It is, in fact, one of the most corrupt jurisdictions in the world as per various studies.

According to Daily Monitor assessment, empirical evidence has shown that Uganda and its eastern neighbor Kenya have benefited the most from the mess. The two countries are the destinations or transit points of illicit financial flows from South Sudan.

In 2018, the US Undersecretary of the Treasury for Terrorism and Financial Intelligence told Uganda and Kenya to stop South Sudan political leaders from buying property in their jurisdictions using corruption proceeds.