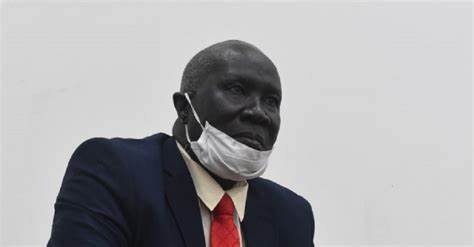 The Ministry of Trade and Industry has suspended a contract agreement it had signed with K-Polygone SAS over a violation.

Recently, K-Polygone SAS was contracted by the Ministry of Trade and Industry to manage Electronic Cargo Tracking.

The company reportedly went on and contracted a sub-contractor in Uganda to do the job.

This then reportedly interrupted the flow of goods into the country after importers decried exorbitant taxes allegedly by IVESCO Uganda Limited, subcontractor.

In an order seen by Eye Radio the Minister of Trade said the contract between the National Ministry of Trade and Industry and K-Polygone SAS has been suspended after it caused confusion, obstacles and interrupted the flow of goods destined to the country.

“This is because it came to our attention that this contract and its annexes were being used to interrupt the cargo transiting to South Sudan,” the order partly reads.

The order further states that the ministerial order suspended all the exercise being undertaken by K-polygone and its partners to avoid interruption on the transit goods coming to South Sudan.