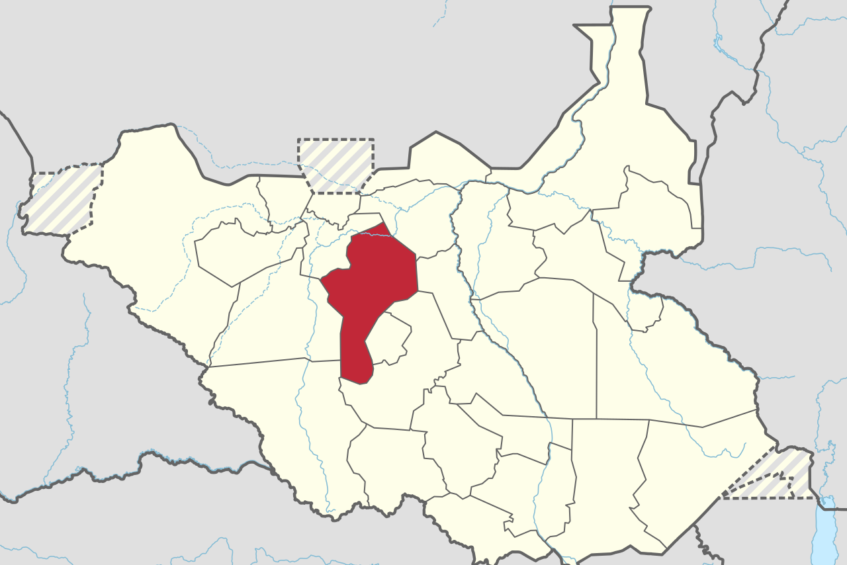 Map of the Tonj region. | Courtesy.

The suspect identified only as Mawan is now the prime target of the police after the release of 12 other suspects arrested on November 14 for possessing the same name.

Security forces have intensified the hunt for the man who is now on the run.

He is accused in the double murder of 3-year-old Adual Chilong and 5-year-old Awut Chilong in the Warrapet area on November 7.

Police investigator Lieutenant David Bol argues that the five family members of the wanted – and their cows have been moved to a police station to protect them against revenge.

Detective Bol said those under police are the suspect’s mother, sister, brother, and two children.

“We have detained family members of the accused for protection because if the relative or the parents of the slain kids find them outside there, there will be revenge killing that is why we arrested and detained the family of the accused,” Bol told Eye Radio

“In our area Tonj South, revenge killing is rampant. If a person attempts to kill another person, all the family will be arrested for protection.”

“So, we have brought the family here together with their cows because if we leave the cows, they will be taken away. There are five of them; we have his mother, sister, brother, and two children for protection.”

The siblings Adual and Awut – had disappeared for one day, before their bodies were discovered dumped in a bush the following morning.

The incident occurred while their parents were away.

Last week, the county police said they had detained a suspect fitting the description of the prime suspect, but he was later released after witnesses failed to identify him.

David Bol said the authorities will initiate dialogue between the family of the slain children and that of the suspect.

“We are not going to release them soon because we want to initiate dialogue between the two families and their relatives.”

But Patrick Remijo, an advocate in Juba says the step by the police is illegal – according to the South Sudan Criminal Procedure Act 2008.

Remijo said the police is supposed to provide security for the family at home and not in detention.