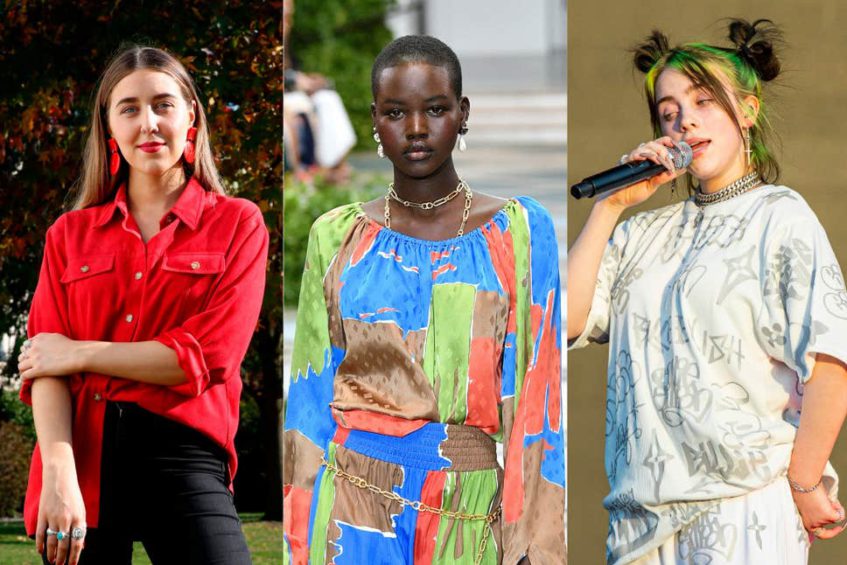 Activist Gina Martin, model Adut Akech and singer Billie Eilish have been named among 100 “rising stars” as part of the Time 100 Next list.

The aim of the new list, Time magazine says, is to shine a spotlight on influential individuals “who are shaping the future of business, entertainment, sports, politics, science, health and more”.

Dan Macsai, executive editor of Time who oversees the magazine’s Time 100 franchise, says those included in the latest roster “are driven by hope”.

“They are eager to defy the odds – and fight for a better future,” Macsai adds.

The list ranges in age from 14-year-old American figure skater Alysa Liu, who became the youngest US national champion when she was 13, to 44-year-old Israeli Arab politician Ayman Odeh, who is leader of the left Hadash party.

Notable features on the list include Martin, who successfully campaigned for upskirting – the act of taking a photograph underneath another person’s clothing without their knowledge or consent – to become a criminal offence.

Martin was recently included in the BBC’s list of the 100 most inspiring and influential women around the world for 2019.

Also featured on the list is model Akech, who was named “Model of the Year” by models.com in 2018.

Time writer Cady Lang wrote a profile of the South Sudanese-Australian model for the list, praising the 19-year-old for “calling out racism and amplifying the stories of her fellow refugees”.

Billie Eilish, 17, has been making waves in the music industry over the past few years, in addition to making headlines for her passionate views on world issues such as the environment.

Some of the profiles written for the list were written by famous figures who have previously been featured on Time 100 lists.

For example, American talk show host Jimmy Fallon penned a touching tribute for vlogger and fellow talk show host Lilly Singh, describing her as a “superwoman” for building an “incredible brand” and “millions of fans”.

Meanwhile, tennis legend Billie Jean King wrote about the significant impact of 15-year-old Coco Gauff on the sport, stating that she has “a certain ‘It’ factor”.

Earlier this year, Gauff became the youngest player to ever qualify for the main draw of Wimbledon in the tournament’s history, eventually being knocked out in the fourth round.

“Because she has proved she is exceptional at tennis, she now has a platform to inspire all of us, especially young people,” King wrote.