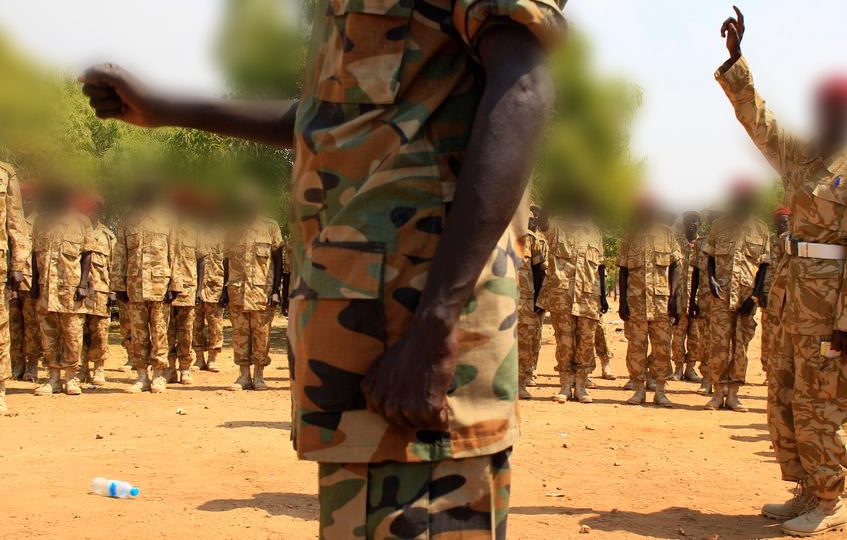 Authorities in Yambio have arrested three members of the South Sudan Defense Forces over suspected banditry in the area.

This is according to Major General Albino Yoth, the Police Commissioner in Yambio.

He says the three SSPDF soldiers have been accused of looting traders’ properties and church facilities in the area.

Major General Albino pointed out that the items are estimated to be worth USD 19,000.

He says the looting took place along Rii-Menzi-Yambio road and Ringasi of Nzara County in Western Equatoria state.

Major General Albino says the suspects have been identified as Abdu Khalil 25, Joseph Luka 28 and Morris Juma and all of them deployed at the army base in Yambio.

“The looting happened on 29 October 2021 in the house of Catholic nuns who are helping us in this country.

Major General Albino Yoth says the suspected criminals have confessed to the crimes after interrogation by authorities.

One of the officers who was apprehended testified to have committed the crimes but said he was forced due to his squalid conditions.

“What forced me to commit this crime is my living condition so when I came, this guy told me to go with him to loot because he has two guns and we went to the area,” one of the suspects said.

“He is the one who stopped those people and I went there to co-partner him because he was searching for a crime partner.”

Many areas in the Western Equatoria region have been experiencing insecurities since violence broke out in Tambura County in June last year.