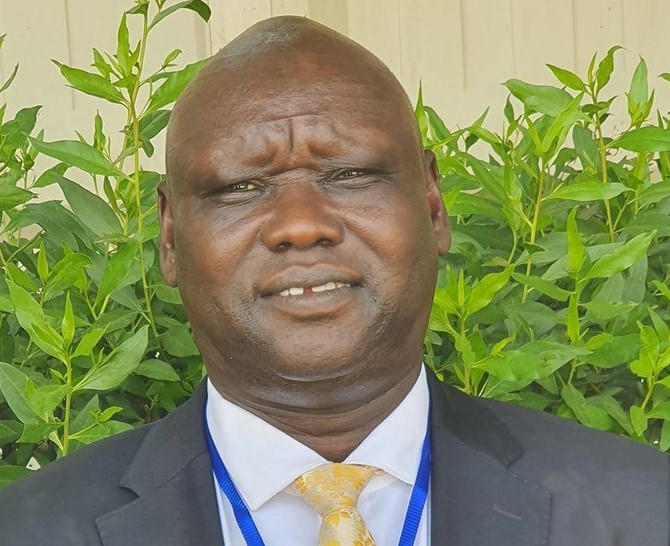 The implementation of the peace agreement is very critical for economic restoration, the Minister of Peace Building has said.

This came after some state Ministers of Parliamentary Affairs say they are riding motorcycles to go to their offices due to lack of mobility.

Others say they lack office space, computers, limited access to electricity, no salary, no operation cost and no development fund.

Speaking at the end of the workshop for state ministers, Stephen Par Kuol points out that the implementation of the peace agreement will improve the economy and general situation of state officials.

“The most important thing is the commitment and I think that is what you have demonstrated here. The resources will come as long as we implement the agreement,” Stephen said.

“Implementing R-ARCSS will restore peace in our country, and can bring back everything including the stabilization of our economy. We must first start with political stability and security stability in the country, then the rest will come.”

In South Sudan, the state and national Ministries of Parliamentary Affairs are mandated by the revitalized peace agreement to coordinate and maintain link between the legislature and executives.

It oversees the entire legislative process and deepening good governance.

This week, the national Ministry of Parliamentary Affairs conveyed a three day ministerial workshop in Juba targeting Ministers in the ten states and three administrative areas.

Under the theme: “United for effective governance”, the workshop was to build strong linkages between the national Ministry of Parliamentary Affairs and State Ministries of parliamentary and Legal Affairs.

“We don’t have tables, shelves for keeping files, laptops, or printers. So this is making the work of the ministers difficult. The office equipment and furniture are very important in running the ministry,” John said.

“There are no cars for ministers which make the work of the ministers very difficult, and considering the current insecurity situation, as a minister, to move on foot or on Boda-boda is risky.”

For her part, Mary Nawai Martin, the national Minister of Parliamentary Affairs encouraged the state government to offer office space for their Ministers.

“The Minister cannot be able to sit and plan things for his ministry. So the office space is the first priority that the state government can help in addressing.”