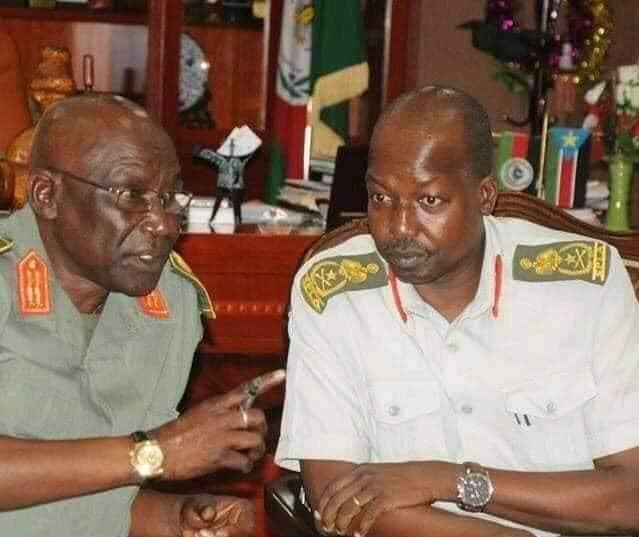 The National Salvation Front and South Sudan United Front have refuted accusations from Juba that they have been buying time to prepare for war.

The statement by the armed opposition came after the government on Monday announced it suspended the Rome peace talks indefinitely.

In the letter dated November 21, and addressed to the Secretary General of Saint Egidio in Rome, Italy, Juba says the non-signatory group was using the ceasefire to prepare for more aggression.

The Minister of Presidential Affairs Dr. Barnaba Marial Benjamin said the groups have been doing the opposite – as the government engages in a peace dialogue.

“While we have been preparing to engage in serious dialogue with the non-signatory South Sudan Opposition Group to bring lasting peace to the people of South Sudan, it has come to our attention that this group is using these talks to buy time as they prepare for war,” Marial said.

In response to the accusations, NAS Spokesperson, Suba Samuel denies the group is preparing to wage any war against the government in Juba.

“The accusation that the opposition is using to buy time to wage war against the government in Juba, I think this is not true, and nobody is waging war,” said Suba.

“Nobody is planning or preparing for war but maybe it’s Juba, and we know very well that dry season is starting, maybe it’s Juba now who wanted to use this statement to prepare for war.”

For his part Garang Malual, who is the spokesperson of South Sudan United Front – under Malong Awan also said the group has no plans for war.

“We don’t have a war plan, we have nothing to do but we are still ready for talks anytime if the government decided to come back in the table. But the talk was not for SUFF alone and we are so many groups to be involved in that talks.”

In Minister Barnaba Marial’s letter, he invited the Secretary of the Sant Egidio Community, Dr Paolo Impagliazzo to visit Juba to discuss the government concerns.

The government declaration to suspend the Rome talks leaves the peace negotiation in uncertainty.

It comes only weeks after political and military leaders of the groups formerly known as South-South Opposition Movement Alliance prepared themselves for the shaky talks.

They renamed themselves the Non-signatories Opposition Group, ahead of the supposed resumption of the peace talks.