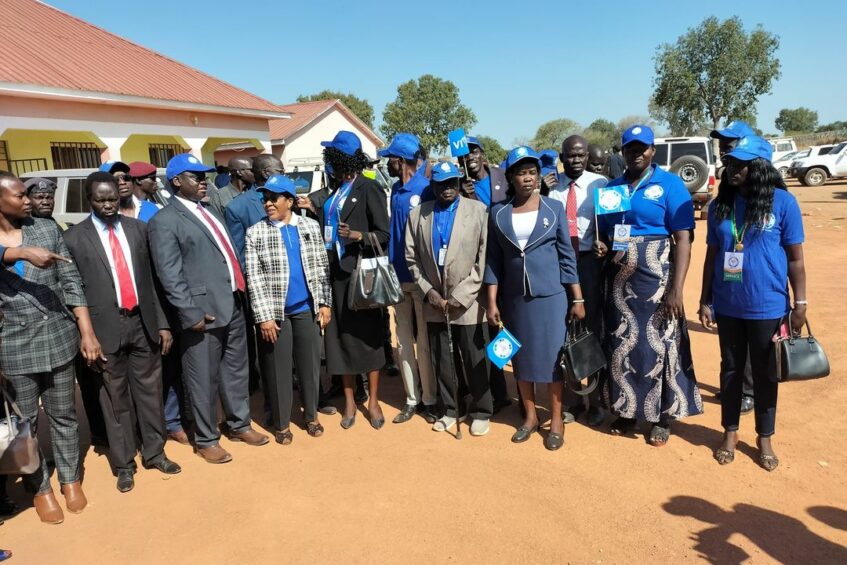 A lawmaker in Northern Bahr el Ghazal State says security organs blocked and arrested some SPLM-IO members who had turned up to receive the Speaker of the Council of State at Aweil airstrip on Friday.

Majok Madut, a member of the state parliament said security forces deployed at the airfield detained and also tortured some of his party members including state officials welcoming Speaker Deng Deng Akon and the party’s Secretary General Regina Joseph Kaba.

“The police were deployed to block SPLM-IO from entering the airport, …..to the extent that some of the honorable members were arrested and some of the members plus MPs were tortured and they have been arrested,” he said.

Madut said the organized forces briefly detained four lawmakers, and the state Anti-Corruption Chairperson as well as the state Minister of Culture, Youth and Sports.

“I am in the hospital with my colleague Honorable Garang Chan Atak; his throat was disconnected.”

“We also have Honorable Anadop Akwoc, chairperson of the Anti-Corruption Commission has been arrested plus four MPs and the Minister of Culture, Youth and Sports have been released yesterday.

Speaking to Eye Radio on Saturday, the lawmaker appeals to the unity government to open political space as directed by President Salva Kiir.

“Currently, So, we were humiliated, and people were tortured, and some of them were under detention. In Northern Bahr el Ghazal State, the political space is not given to us.”

When contacted for comment, William Anyuon, the state Minister of Information and government spokesperson denied the allegations.

Minister Anyuon said no SPLM-IO member was blocked from the airstrip – and added that the state government embraces political diversity.

“Nobody was detained until even yesterday when we were in the meeting the acting governor asked one of the SPLM-IO members if you are sure that people were blocked give me your representative there so that I talk to him,” said Anyuon.

“We even send the police there and there was nothing instead they were even trying to fight me when they were suspected. So, there was nothing like blocking in Northern Bahr el Ghazal it is a peaceful place and people have that right to go everywhere.”

On October 21, the presidency directed state governors, heads of the three administrative areas and local government officials to lift restriction on political activities, saying the peace parties are working under one government through the 2018 peace accord.

The directive came after several calls by opposition parties, civil society groups, and the international community for free civic and political space.