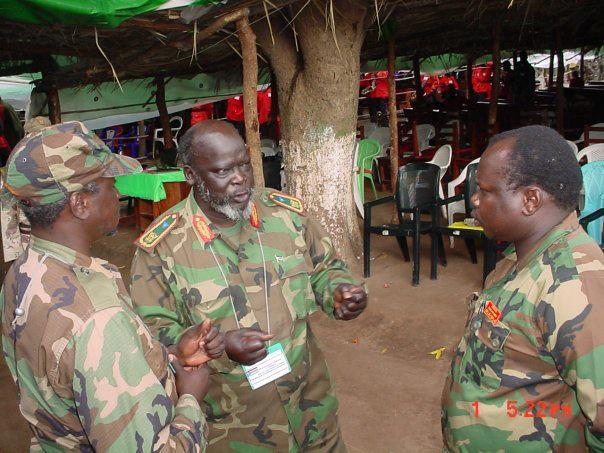 The current divisions among leaders of the SPLM factions had existed since the times of liberation struggle, the son of late Dr. John Garang de Mabior has said.

He cited the first split in 1983 at Refugee Camp between Colonel John Garang and Kuot Atem groups.

Another disintegration was after the relationship between the SPLM/SPLA now under Colonel Garang and the Anya Nya II movement under General Gorden Koang worsened.

Mabior said the split has been there since the liberation struggle.

“Nothing has changed really, the divisions in our movement have been there from [1983] June, July I think when people arrived in Ethiopia as they were trying to now create the administration for the movement, they quarreled there and up to today they are still divided,” Mabior told Eye Radio.

This particular SPLM/A rift led to a schism that would be characterized by unprecedented treachery and bloodshed among Southern Sudanese fighting forces in the early of 1983.

In 1989, the forces of SPLM/A led by Dr. John Garang and the Anya-nya II forces around Nassir areas under Gen. Koang Chol Kulang reached a peace agreement.

The unifications of these two forces under SPLM/A resulted in the capture of many towns including Nassir from Khartoum regime.

SPLM/A again split after the overthrow of the Ethiopian government in 1991.

This was after Dr. Riek Machar, Dr. Lam Akol among others made the Nasir declaration and announced the overthrow of Dr. John Garang.

This has led into deadly clashes between two SPLM/A factions of Nasir and Torit, thousands of were killed and many displaced from their homes.

Dr. Machar returned to SPLM during his meeting with Dr. John Garang de Mabior in 2002 in Nairobi, Kenya.

Observers often said the internal wrangles over leadership and lack of strong governance institutions have eroded the historical gains of the SPLM party.

Several meetings were held in various countries, including Uganda and Egypt in an effort to re-unify the factions, under the Arusha agreement.

However, only the faction under the First Vice President, Taban Deng Gai rejoined the mother-party in May 2018.

Currently, there are various groups of SPLM which came about as a result of conflict in the country.

This includes the main SPLM, SPLM in Opposition and real SPLM led by Pagan Amum which is taking part in the Saint-Egidio-led peace talks.

As an attempt to re-unify the factions, the Arusha agreement on the Reunification of the SPLM was signed in Tanzania in 2015.

This was after the first attempts at the reunification of the SPLM were made by the African National Congress of South Africa.

Speaking to Eye Radio in an exclusive interview over the weekend, Mabior Garang says he is not surprised by the current division within the SPLM.

In December 2018, the Chairperson of the SPLM said the incumbent ruling party is weak because the members are divided.

Salva Kiir, who is also the President, said different political ideologies and individual ambitions had caused the ruling party to derail from its objective of delivering services to the people of South Sudan.

As a way forward, Mabior Garang went on to say.

“What can resolve all these, is political education, educating our people in the cattle camps and villages about this history so that no unscrupulous politician with vested interest can be able to use these realities that we have talked about to now come in and confuse the population,” Mabior said.