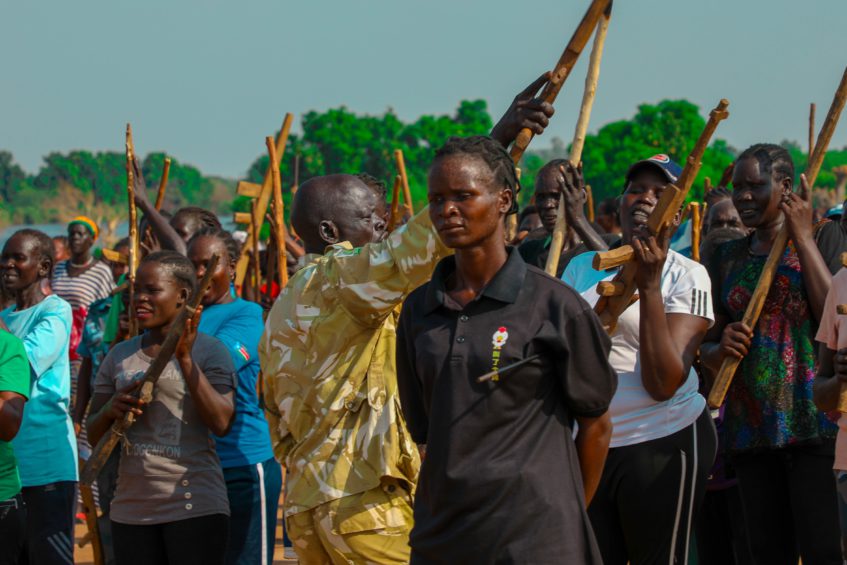 Trainees during a visit of AU delegation on Friday, March 26, 2021. The peace soldiers are yet to be graduated | Credit | Lou Nelson/Eye Radio

The South Sudan Catholic bishops have expressed frustration in the slow pace of the implementation of the revitalized peace agreement.

According to the religious leaders, since the partial establishment of the unity government, nothing much has been achieved.

There are critical provisions in the agreement that have not been implemented.

In a statement seen by Eye Radio, the South Sudan Catholic Bishops expressed concerns over the killing and displacement of civilians in Tambura County of Western Equatoria State and some parts of the country.

The clerics also condemned the recent killing of two nuns and others along the Juba-Nimule highway and called on the government to identify the perpetrators and bring them to book.

The religious leaders believe that South Sudan is supposedly at peace, yet many citizens face violence on a daily basis and others still living in fear in the UN camps.

“We oppose efforts to undermine the process and we remind the government of their duty to provide security to the population,” said Stephen Ameyu is the Archbishop of the Archdiocese of Juba and the Chairman of South Sudan Catholic Bishops’ Secretariat.

Some of the pending provisions include the reunification of forces, full establishment of state governments, and a permanent constitution.

Other reforms include the reconstitution of independent commissions, repatriation and reparation for people displaced by the war.

The unity government was supposed to embark on economic sector reforms, including the formation of women and youth enterprise funds to empower a strong private sector.

The hybrid court to provide justice for victims of the 2013 and 2016 violence has also not yet been set up.