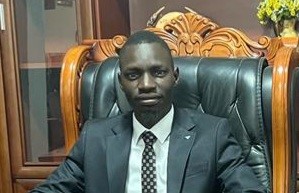 Some Silicone Valley Shares investors are counting losses after investing thousands of US dollars in the US-based company and calling on the government to help recover their money.

They say since the US-based online company resumed its website recently, they continue to face delays to withdraw their money.

According to some of them, whenever they demand their money, the Juba office gives excuses, saying it is still under investigation following their recent concerns.

They repeated calls on the government to help them recover their investment money with the controversial Silicone Valley Shares.

“They told me like it’s paying well and sustainable, so I decided to invest my money, I resigned and come to school,” one of the investors told Eye Radio on phone from Uganda.

“The first thing that I made as a trail of $3,000 dollars, and then the second investment that I made when I realized that was good, I removed the profit and I invest $8,060 dollars,

“Recently, I invested $25,000 dollars and then I moved to school, and then just not that long before system crushed,

“Currently, according to the staff of the company, the problem is the government, they say the government is against reopening so that it compensates the investors,” another investor who identified himself as John told Eye Radio.

“They told us that the government is the obstacle on that, although they said all processes are ok, I am calling on the government to come and get our money, and then after that, you can close them. I invested $2,100.”

“I have invested $4,100 dollars, so many people have been invested, but based on the WhatsApp group members, we are about 388 people who have invested, but there are unknown numbers who are not added to the group,” said another investor who doesn’t want to be identified.

“I have invested $8,400 dollars since that crash happened, we went to the company and they told us that there is an update on the system and after twenty minutes the system will return,

“There we went back, and it took almost five days with no network. When the system came back it was weak, but now is ok and working, I did my withdrawal on the 5th of this month [September], but until now I did not receive my money,

“The legal process which we are supposed to do, we have heard that the authorities have intervened, and they are doing an investigation in this issue.”

In a letter dated 23rd September obtained by Eye Radio, the Central Bank’s the Director of Supervision Department stated that the company was still under investigation on issues related to compliance with South Sudan laws.