You are here: Home  |  Economy | News   |   Salary delays due to breakdown of pay sheet machine – Kiir

Salary delays due to breakdown of pay sheet machine – Kiir 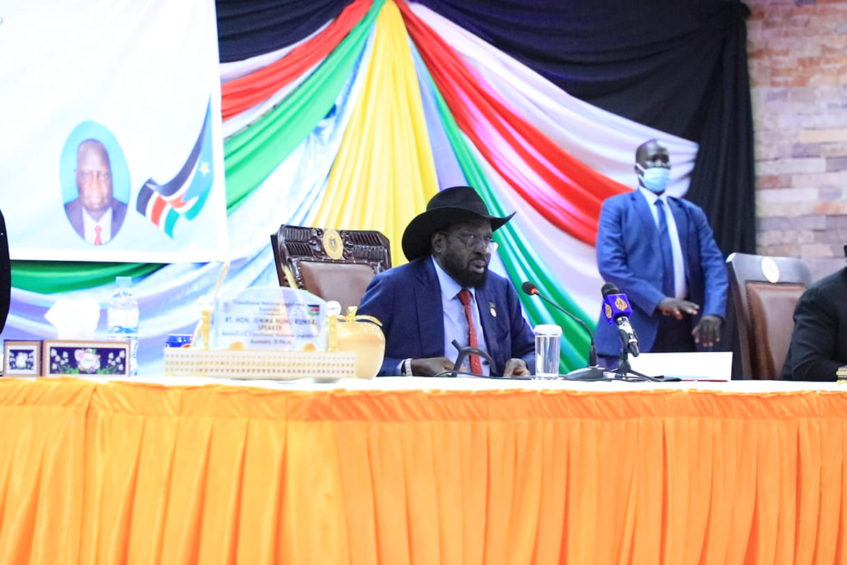 Civil servants have not received their two-month salaries because the pay sheet machine at the ministry of labor is not working, President Salva Kiir has said.

The President said the ministry of labor has informed him about the breakdown of the machine, as a result the ministry was not able to proceed with the required details for the payment.

He said he is aware that government employees are often not paid on time.

This is because civil servants and other employees on government payroll often go for nearly 7 months without salaries.

Civil servants such as doctors, nurses, teachers, and security personnel have been living in squalid conditions since the country gained independence in 2011.

A nurse and midwife in South Sudan earn between 2,000 and 5,000 South Sudanese pounds per month, while a doctor receives 6,840 pounds a month.

This cannot pay for their food, housing, transport, and others.

President Kiir reemphasized the immediate plans of his administration to increase the salaries of civil servants by 100 percent.

He directed the line ministries to expedite the process.

“I am sure the days of green pasture for South Sudan will come very soon. I am now informed that the ministry has been paying arrears and it has almost caught up with the payment,” President Kiir said.

“I have also been briefed that June and July salaries are ready to be paid out. But delayed due to the breakdown of the pay-sheet generating machine in the ministry of labor.”

“I call upon the ministry of labor to urgently repair the pay-sheet machine so that salaries for June and July are immediately paid out.”

The Ministry of Labor doesn’t process the salary of civil servants. It is the mandate of the Ministry of Public Service and Human Resource Development that works on the government’s payroll.

Last month, President Kiir directed the Ministry of Finance and that of Petroleum to dedicate 5,000 barrels of crude oil per day to regularize the payment of civil servant salaries.

Kiir noted that since the government floated the South Sudanese pounds in 2015, civil servant salaries have not been adjusted.