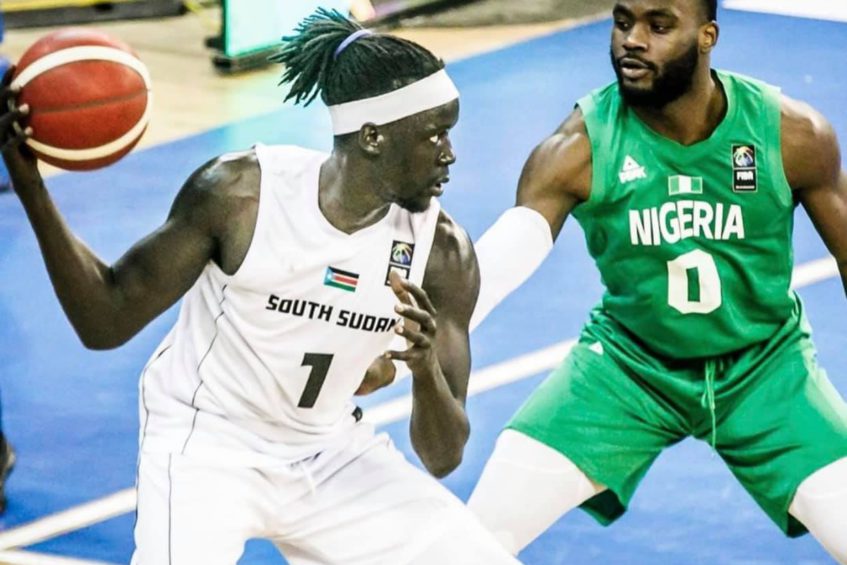 South Sudan National Basketball team have lost their first group D game of the second round of the AfroBasket 2021 qualifiers hosted in Tunisia.

Unlike in the first round where they lost by 20 points, the team went down by 5 points in a 70-75 loss to Nigeria after the final quarter.

Nigeria, the number one ranked team on the continent, won the first quarter – pulling up 18 points against South Sudan’s 09 points.

South Sudan improved her performance in the second quarter winning by one point (21-20).

The D’Tigers of Nigeria, picked themselves in the third quarter 19-18 points with South Sudan reclaiming the fourth quarter 22-18points.

The Bright Star’ Nuni Omot was the man of the match after pulling 27 points and 4 rebounds over Nigeria’s Ike Iroegbu who managed 16 points and 7 rebounds.

Speaking after the game, South Sudan head coach who doubles as the federation president, Luol Deng said he was pleased with the performance of the team despite the slim loss to Nigeria.

South Sudan next faces Mali at 6 pm local time in the second group game on Thursday and Rwanda on Friday for a place at this year’s main tournament to be hosted in Rwanda.

The Bright Stars need only one win to make it through to Rwanda.