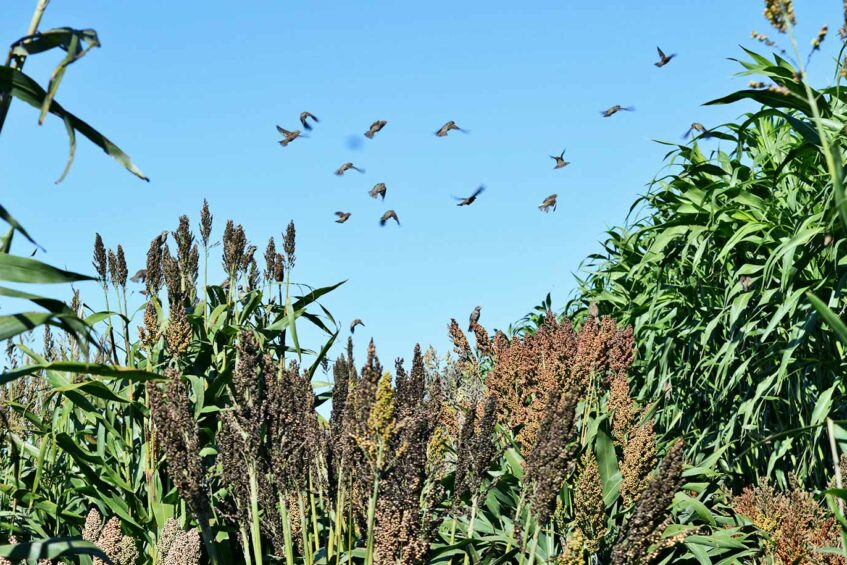 Authorities in Ruweng Administrative Area said they have run out of spray chemical to fight a large swarm of weaver-birds that have destroyed farm produces in the area.

The Information Minister James Arop Ayuel said the Greater Pioneers Operating Company attempted to spray the pests in November and December last year, but the chemical was not enough.

The birds have caused damage to almost the entire sorghum plantations in Aliiny County at the border area, the official said.

“The government has tried to fight the issue of weaver-birds that have destroyed our crops, but we were in shortage of the chemicals for spraying the birds,” said Minister Arop.

He also said the presence of stagnant water in some pools created during oil exploration has attracted an influx of weaver-birds to the area.

Minister James Arop Ayuel adds the proximity of oil wells to the cultivation areas has made farm produces vulnerable to the birds.

“The number [of weaverbird] is abnormal if you see, you will not believe and you know the issue of those birds, most of those oil operators have dug so many pools around the cultivation areas and there is availability of water that is why it encourage birds to come and drink. So that one have completely disturbed us a lot.”

Weaver-birds are the family of songbirds found mainly in sub-Sahara Africa and some parts of Asia.

They are commonly known for constructing complex nests throughout the branches of a tree where they settle and provide a massive problem for crop farmers around the area.

In Ruweng, the weaver-birds mainly arrive in the area in November and settle on acacia trees.