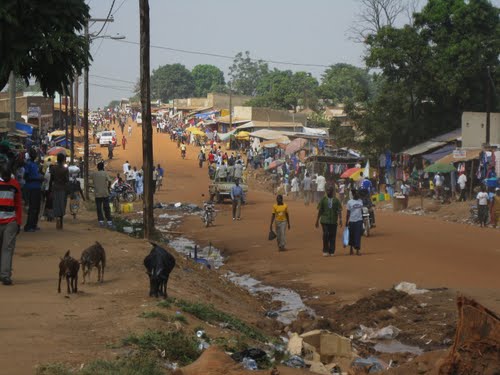 Police in Yei County are holding two suspects in connection with the killing of a returnee woman on Sunday.

The mother of six returned to Yei from the Rhino Refugee camp in Uganda on the 17th of this month.

She got killed three days later while taking care of her ailing 90-year-old father in Yei town.

“Yes, that woman came back from the camp  where the returnees are staying,  and you know that Yei these days is witnessing the return of the refugees from Uganda”,

‘So, she went to her house around 8:00 PM, and as she came out for the short call,  the criminals shot her dead. We followed him [the suspect] until we arrested them last evening [Monday evening].”

Major Faisal John who is the acting spokesperson for Yei police says the suspects – one of whom he identified by the single name Johnny, were apprehended on Sunday.

The motive of the killing is unclear, but Faisal said the individuals are under investigation.

Meanwhile, Justoson Victor Yuasa, a human rights defender based in Yei says such killing will discourage refugees from returning home.

“We are very much concerned because this lady who has died left the refugee camp, and in the refugee camp they have already faced challenges that include reduction of food ratio that is forcing many people already to repatriate then forced back”, he told Eye Radio.

“So this kind of incident sends back a signal to refugees in camps who are interested in returning back not to come,” said Yuasa.