Public university lecturers the lowest paid in the region-Akec 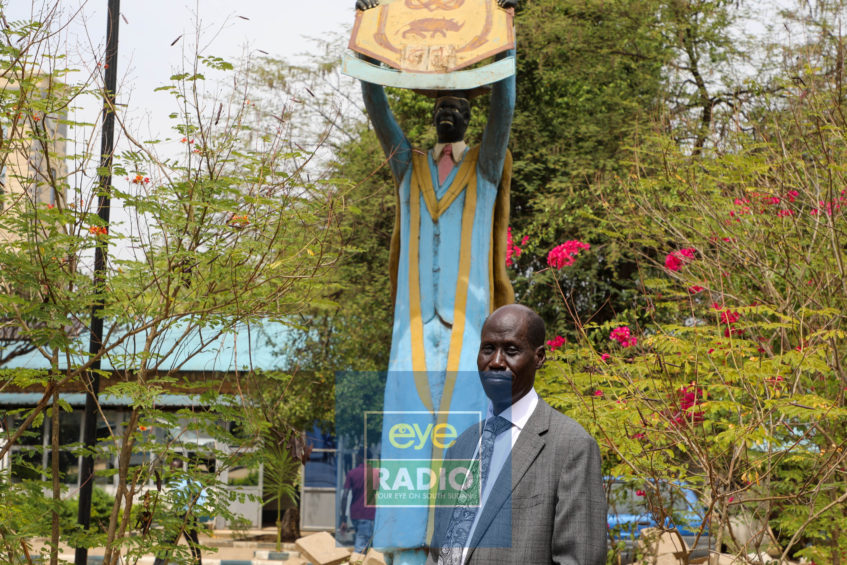 The Vice Chancellor of the University of Juba has decried the plight of lecturers saying they are being paid the lowest salaries in the region.

Professor John Akech says prior to the devaluation of the pounds coupled with the hyperinflation, a professor was receiving about 25,000 pounds.

But in July 2019, the Council of Ministers approved a new unified salary structure for all the public universities in the country.

This was for the top administration, academics, technical and support staff.

The pay rise came after vice chancellors of the public universities complained about little pay, which they said made lecturers quit the profession.

But Akech says the payment is still too little when compared to their counterpart in the other East African countries.

“We are just surviving now, a professor now, gross is 540,000 pounds, full professor the highest position. That is about 1,200 dollars that is not competitive enough”, Prof. Akec told Eye Radio in an interview on Thursday.

“We are building the country, we consider ourselves as pioneers, we are sacrificing, people are getting low salary but things will improve:, he explained.

Akec also disclosed that there is lack of proper learning infrastructure and equipment for students in all the public campuses.

“The government, apart from salary has to invest in infrastructure, lecturer halls and others. You can see how much we are struggling to maintain laboratories.”