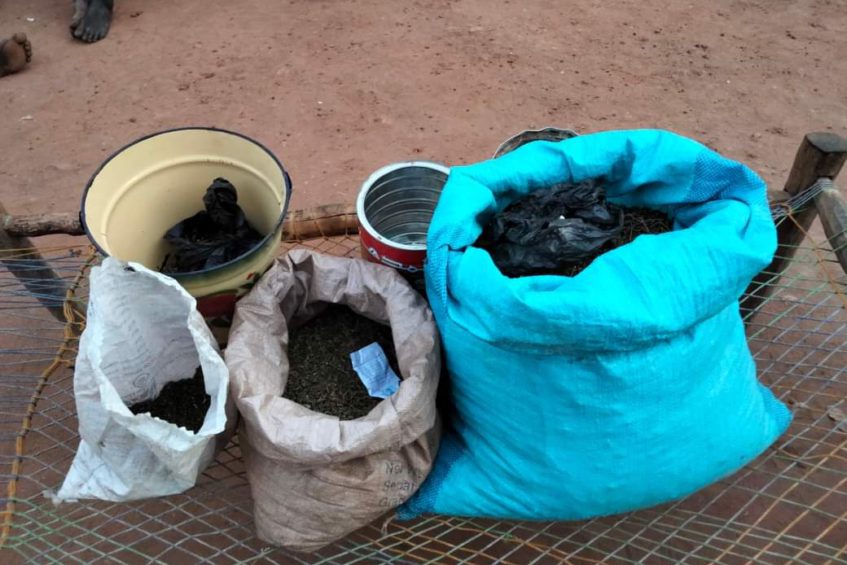 Police in Aweil Town of Northern Bahr El-Ghazal have arrested a 30 year-old man in possession of 40 kilograms of Marijuana commonly known as “Bongo”.

According to the Police, the suspect named as Garang Dut has been selling the forbidden drug to local consumers.

He has reportedly been smuggling the illegal drugs from the neighboring Sudanese state of Darfur to Aweil Town.

Garang Dut who confessed wrongdoing says he has been selling the drugs to shisha sellers in the area.

Captain Gout Gout Akot, the Police spokesperson in Aweil Town points out that the suspect has been mixing Marijuana with Shisha and selling it to specific consumers mostly in tea places.

“Yesterday, the CID crackdown all [Shisha] places and they managed to apprehend a 30 years old person with over 40 kilograms of Marijuana commonly known as Bongo,” Capt. Akot told Eye Radio on Saturday from Aweil.

“The suspect was brought to the CID office yesterday and a case was opened against him under section 384 and the investigation is ongoing.”

Marijuana also known as Cannabis is one of the forbidden toxic drugs, it affects the brain and it is also dangerous to human life.

According to the section 384 of the South Sudan Penal Code of 2008, whoever unlawfully imports, exports, sells, offers or advertises for sale, distributes, delivers, transports or otherwise deals in a dangerous drug commits the offence of the unlawful dealing in dangerous drugs.

It further says such a person shall upon conviction be sentenced to death or life imprisonment.