Pibor denies link with Magwi conflict as alleged by Lobong 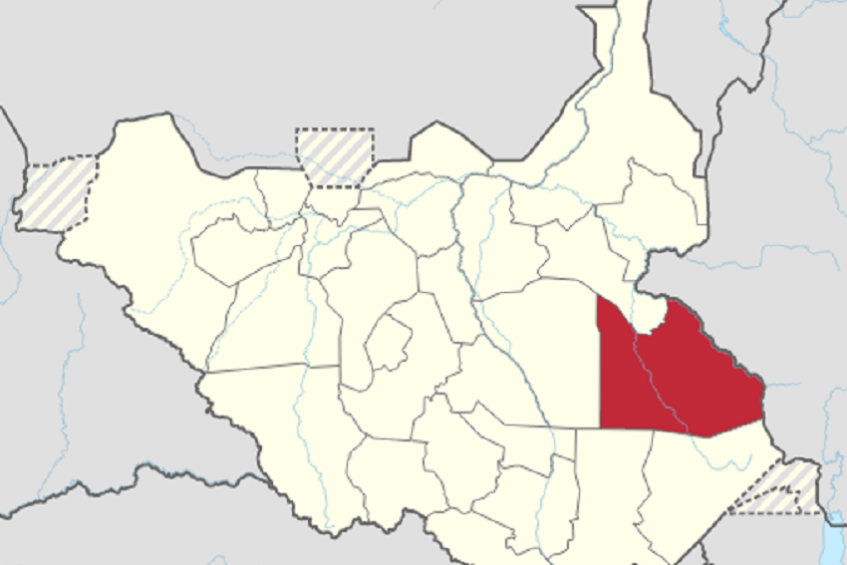 The Chief of Greater Pibor Administrator has rejected accusations linking the special administrative area with the communal conflict in Eastern Equatoria State.

Lokoli Amee Bullen maintained that the special administrative area has nothing to do with the herders-farmers conflict in the Magwi areas.

He was reacting to a statement by the governor of Eastern Equatoria State, which alleged that some herders in his state came from the neighboring Pibor area.

In an exclusive interview with Eye Radio on Monday, Lokole Amee strongly denied the allegations.

“My people are not living in Eastern Equatoria. We don’t have cattle keepers living there, and none of my people are doing agriculture there. In Greater Pibor we have our problem, cattle are raided, I know my people used to go even to Bor, I don’t deny who is working on it,” Amee said.

He affirmed that the problem in the border state is purely between the locals and herders from Jonglei State.

“How can people from Greater Pibor go too far away to Eastern Equatoria? We have Kapoeta cattle keepers here in Boma, and we never raided them. If our youth are the ones raiding cattle, why would they not raid the cattle in Boma?” Lokoli Amee said.

Louis Lobong said the recent fighting in Magwi was between Cattle keepers and raiders from the Pibor.

“I would like to make it clear that the unfortunate situation in Magwi County in Eastern Equatoria state, is the result of the influx of cattle herders and cattle raiders from the Greater Jonglei region,” Lobong asserted.

In a press conference in Nimule on Saturday, Governor Lobong, who received a high-level security team from Juba appealed to the leadership of Jonglei State and the Pibor Administrative Area to resolve the conflict and withdraw their people from his state.

“I strongly reiterate my appeal to the people of Greater Jonglei to go back to their areas and try to find ways of addressing their issues among themselves,” the governor said.

“I call upon the leadership of both Jonglei State and Greater Pibor Administrative Area to immediately take all necessary measures to withdraw their people from Eastern Equatoria state,” he added.

The delegation of the country’s top security officials included the Chief of Defense Forces, Gen. Santino Deng Wol, the Inspector General of Police, Gen. Majak Kech Malok, and the Director-General of the Internal Security Bureau of the National Security Service, Gen. Akol Koor, among other senior officers.

The delegation visited Nimule to diffuse ethnic tension after the deadly cattle camp attack that killed at least 20 people in Mugali Payam.

Meanwhile, Pibor Administrative Area has been a subject of finger-pointing, with its neighbors accusing the local youth of deadly raids, road ambushes, and child abduction.

The area chief has attributed the issue to a lack of basic service and illiteracy among the youth.

“I realize that the problem with my people is lack of service. Because in some places there, there is no road, no schools, and no water and there is a saying that if you know how to read, you know the road. So they resort to cattle raiding to survive,” he stated.

“I strongly condemn them for engaging in these activities, and even though there are no services, they have to wait,” he added.

Amee said he is now engaging the youth to stop the hostilities.