You are here: Home  |  News   |   Peace Talks: Both delegations agree to cessation of hostilities

Peace Talks: Both delegations agree to cessation of hostilities 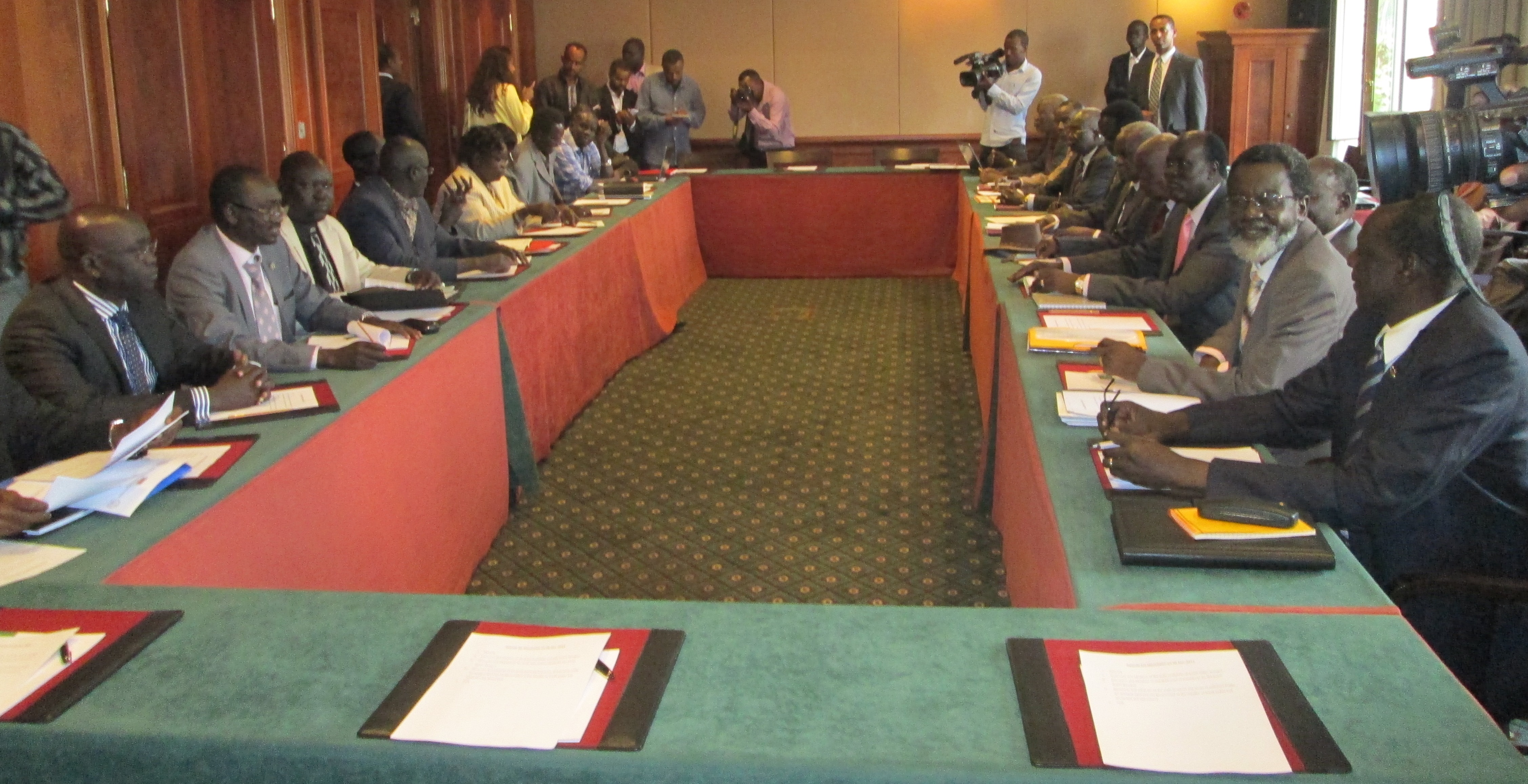 The two South Sudanese parties negotiating in the Ethiopian capital, Addis Ababa, have renewed their commitment to cease hostilities and promised to end the crisis.

The head of the government delegation, Michael Makuei Lueth, told journalists last night in a joint press conference with Dr. Machar’s delegation that the government is in Addis Ababa to prioritize negotiations for peace for South Sudan:

“As a government we are ready to turn every stone so that we achieve peace,” said Mr Makuei.

For his part, the head of the delegation of the opposition led by former Vice President Dr. Riek Machar reiterated their appeal to IGAD to ensure that Ugandan forces withdraw from South Sudan.

“We really appeal to our brothers in Uganda to desist from what they are doing because it is not going to help us if they are really brothers.”

The Ugandan government had earlier denied any involvement of its forces in the ongoing conflict in South Sudan.

The spokesperson for Uganda’s Foreign Affairs Ministry, Fred Opolot told the media last month that the Uganda People’s Defense Force were sent to rescue about two thousand Ugandan citizens trapped in Bor and other areas of South Sudan.

Mr. Opolot also said UPDF are in Juba to secure the airport, in order to ensure that the evacuation process goes very smoothly.

Meanwhile, the head of Dr. Machar’s delegation to the Addis Ababa talks, Taban Deng urge the government to release political detainees in order to participate in the talks.

“What is very urgent is the issue of cessation of hostilities and the release of political detainees,” he said.

“We believe so it is very important to create a conducive atmosphere, and I believe it is not going to take us much time, but because we know as Michael stated, the death of our people now is a minus to both parties.

“We are very eager that as soon as possible, we should arrive to a meaningful cessation of hostilities and creating atmosphere for the peace talks by releasing the political detainees.”

However, the government has reiterated its rejection for talks with preconditions.

Speaking to the media yesterday during the visit of Sudanese President, Omar al-Bashir, President Salva Kiir said those accused of attempted coup will first be taken to court:

“It’s a condition that I will not accept. If it is a matter of releasing people, we have to follow legal measures; the legal procedures have to be followed according to the constitution.”